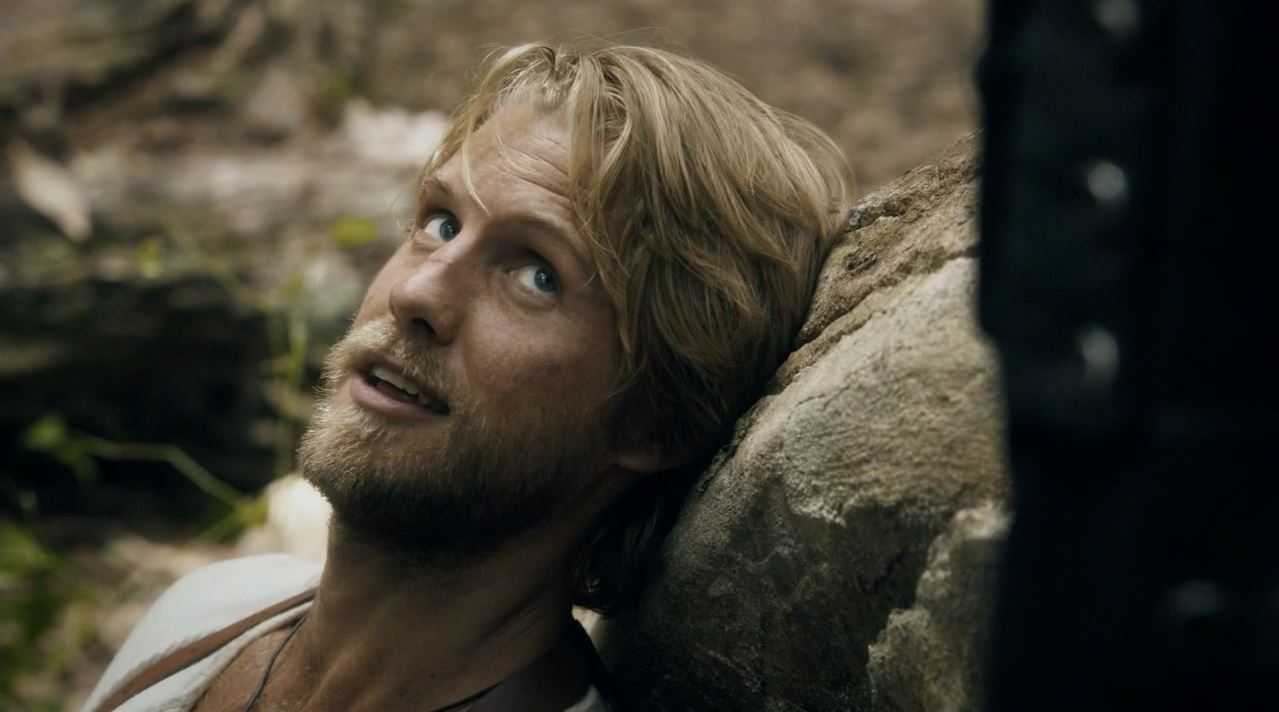 Matt Barr On Hawley And His Opinion On Fellow Stars

Recently in Sleepy Hollow we notice that most of the characters are coming and going. Mostly because these characters are monsters being fought off. But there is one new character who is here to stay, and by the looks of it, he is having too much of an influence on both of our witnesses, but in very different ways. Matt Barr who plays Nick, briefs us about the character by saying, “Hawley’s a bounty hunter/relic treasure hunter and kind of deals in the black market, likes to make a quick buck. But at the root of it he’s really about the juice and the thrill of the adventure. He teams up with Abbie and Ichabod as they need some assistance in terms of these supernatural armaments.” 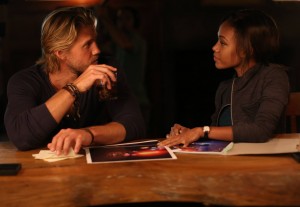 Just in the last episode, we saw that Hawley had an important role to play in all of the succubus madness and the potential of him causing the cracks between the Mills sisters is undeniable. Barr says, “Well, the succubus wants people with hidden desires. So, I think the reason she targets Hawley is that there’s this subtext of a desire for, potentially, Abbie. So, the succubus targets Hawley. He survives an attack and he teams up once again with the Scooby gang, Abbie and Ichabod, and they together go after the succubus. Today, this is a scene in a bar. When the succubus in human form, Lilith, first meets Hawley.”

As far as Hawley’s origin is concerned, we know practically nothing. Jenny knows him form before and they definitely had a romantic relationship, but that is all we got. Will we be treated with further life history of Nick? Barr mentions, “We know nothing of Hawley’s backstory yet. It’s still kind of a mystery, which I think is kind of interesting because as we get to know more we wonder why he is the way he is and why he does what he does. I think what we do sense from him is that he’s looking for these bonds. I think he sort of appreciates the bond, as much as he’d hate to admit it, a little bit with Abbie and Ichabod and Jenny. He’s a loner. Ever loner at the end of the day maybe wants to have a beer with somebody else.” 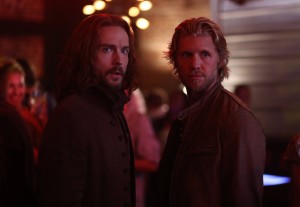 Since he is a new addition to the show, we are definitely willing to know how Matt Barr feels about the other characters on Sleepy Hollow. He states, “I never watched the first season until I got hired. Then I watched it and I thought ‘this show is fun as hell!’ It’s really fun. Tom [Mison] cannot be more perfectly cast. He is incredible. It’s the same with Nicole [Beharie]. She’s so talented and beautifully sassy. They were really warm to me. As the new guy it’s tough but being a freshman is fun too because I can mess up and I have an excuse.” He further goes and talks about John Noble, saying, “He’s almost frightening. I so respect him I was nervous to meet him. He’s a sweetheart and a gentleman.”

For as long as he has been a part of the show, we mostly enjoy the reactions Ichabod has to everything Hawley does. Barr gives his opition by mentioning, ‘My favorite by far is the ongoing dynamic between Crane and Hawley. You’ve got this sort of uptight, British aristocrat and this American cowboy. It makes for a great dynamic. It’s funny, they butt heads, they both think they’re the smartest guy in the room. With their powers combined they probably can win at the end of the day.”