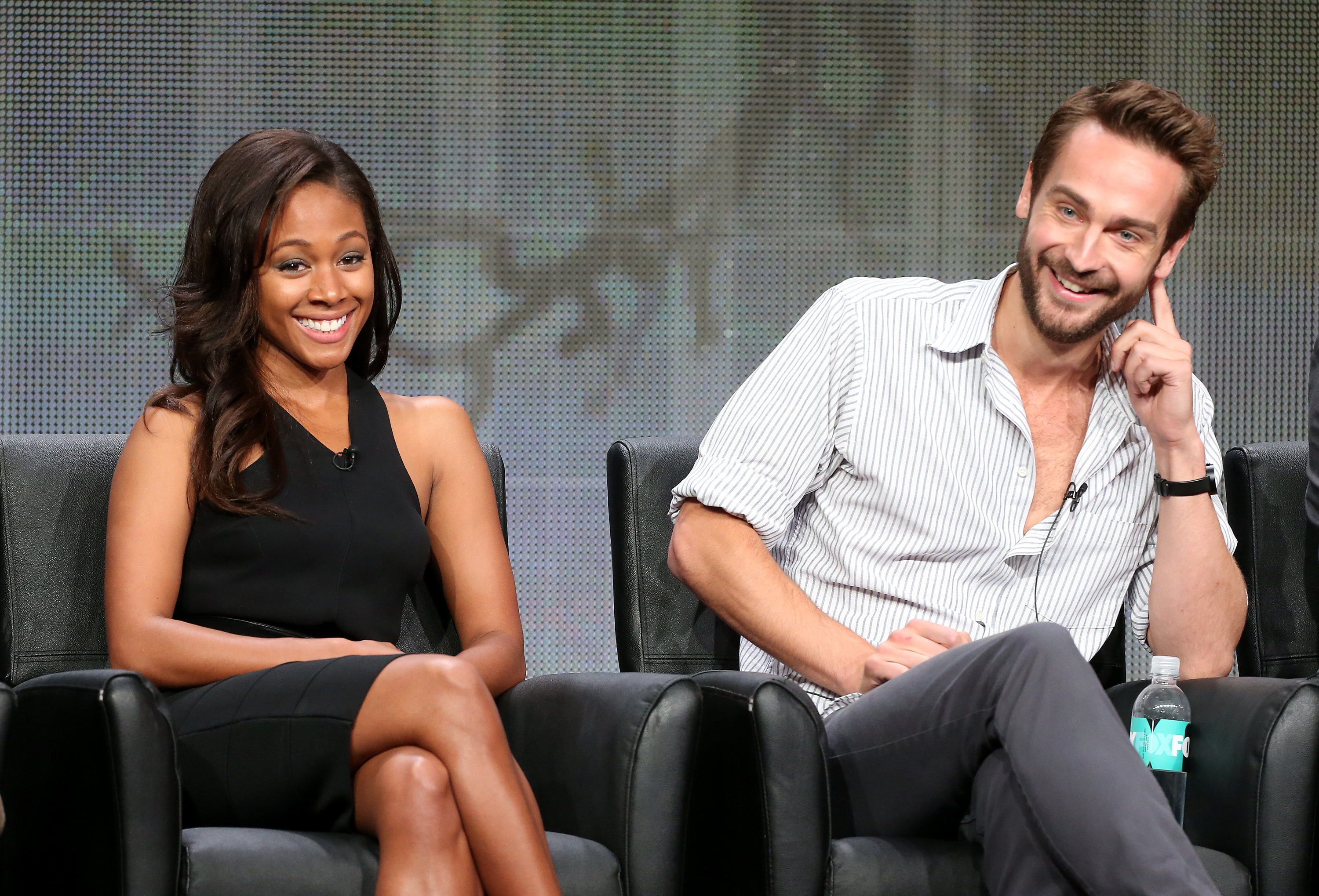 There are more big reasons to look forward to fall other than the changing of the leaves and pumpkin-spiced lattes. That’s right, our favorite Fox drama, “Sleepy Hollow,” will raise its decapitated head when the supernatural drama makes its autumn premiere on Monday, Sept. 22.

And if you were excited for Ichabod and Abbie to return to the small screen before then, just wait until you take awe at the newly released promo video for the sophomore season of the hit FX show. Hint: It’s pretty darn spooky!

The trailer, “Evil Takes Hold,” previewed some of Season 1’s most climatic moments, like Jenny’s major car wreck (caused by the darned Headless Horseman) and Ichabod finding out that his son is actually the Horseman of War. That spells an awkward father/son reunion.

But in addition to sanitizing our memories from painful scenes of Season 1’s past, the promo also teased fans with nail-biting moments from the Season 2 premiere and guaranteed it’s not going to fall short: zombie soldiers rising from their graves, epic flashbacks and more brilliant lines from John Noble.

What are you most looking forward to when Season 2 returns? Do you want to see how Ichabod manages to escape the box? Or how Abbie figures out how to survive purgatory?  Let’s get inside the Tweet world and find out ourselves.

Last time we check, there’s Ichabod in the box. Ichabod jokingly tweeted,  “I’ve got to get out of the box. I think Mark enjoyed putting me in a box too much.”

As to the update or shall we say development “if any” of Ichabod and Abbie’s relationship,  “Last season Ichabod betrayed Abbie by drawing the map…so now they have a little catching up to do.”

Don’t we forget about Katrina?  In Season 2, Katrina can see Headless as her former fiance, Abraham.  Katia describes it as a “Beauty & the Beast” dynamic. As a witch, out of purgatory, Katrina will develop special powers as S2 goes on. As with Ichabod, “They’ll see more of each other”, claimed Katia.

Let’s talk about John Noble’s character  as it becomes an  “interesting, malevolent” one, a powerful lawyer  who plants seeds of doubt in everyone. John said,  “Henry’s behaved poorly but  for me, it’s just an adolescent stage. There is a chance for redemption.”

What does Mison think of Ichabbie?

“It’s very nice that some people would like this (ichabbie) or this (Ichabod + Katrina).” “They have to be together. They really annoy each other. That’s what some of you find spicy” , shares Tom.

Will fans get to hang with any historical figures in Season 2?

Benedict Arnold and Ben Franklin will appear this season on Sleepy Hollow. History will continue in the show as  we are hoping to see Benjamin Franklin, Benedict Arnold.  They call it “twistory”.

Would there be new Season 2 villains?

Eexecutive Producer Mark Goffman spills,  “We have a new arms dealer who deals in supernatural weaponry to help mix things up between Ichabod & Abbie.”

The cast also shared some weird fantasies about playing supernatural creatures. Tom Mison wants to play a centaur. The words that launched a million fanfics. Orlando Jones said “I want to be a badass unicorn. Flower crowns, represent!”  While Beharie wants to play mermaid.

Our favorite, bloopers, are there any?

Kurtzman re bloopers on set: “Nobody swears like Tom Mison. There’s a new language of swears invented by him”.

Sleepy Hollow’s Second Season’s still Has The Witty and Suspense Plot: The Kindred