Sleepy Hollow’s Second Season’s still Has The Witty and Suspense Plot: The Kindred 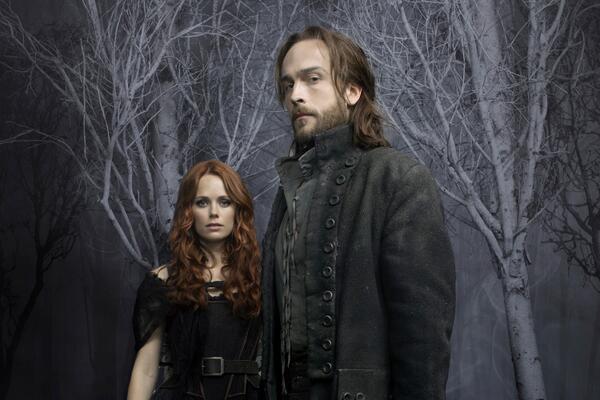 This episode is about a monster created to fight another monster. This show is the version Frankenstein’s monster. The monster is paved together from the body parts of dead soldiers By Ben Franklin. It requires a piece of Horseman to bring it back to like totally. Ichabod and Abbie came with the Horseman’s skull. Ichabod believes, completing the Kindred would give the strongest weapon yet against the Horseman knowing, even if, that this creature would hold the spirit of death itself, and thus be indeterminately risky. Ichabod and Abbie do have an astonishingly watchable dynamic that gives surprising nuances to scheme points such as this. Abbie is a brave law enforcement officer and Ichabod is a scholar and a warrior in one. Ichabod and Abbie are far more probable to think through and plan things out before taking action.  On the other hand their colleagues sometimes   hustle and dealt with the consequences afterwards

They brought the Kindred from his sleep and it battled Steve’s and Henry’s Super Suit. Ichabod tried to rescue Katrina before the Horseman could consecrate their bond. The kindred saved Abbie when it learned that she was in danger.

The Horseman on SH has been more humanized and gave a little terrifying twist.  The writers have now given him a head in Katrina’s eyes that made him look less like an inhuman beast. It allowed him to speak to Katrina “with face”. That gave him a character and the way for getting him away might just be the complex thing to happen further on the show.

Ichabod Crane lives in so many diverse layers of. He surprisingly knows where he is at any given time. He’s living in a world that has changed monumentally in the centuries since his death. Ichabod is a man with two and a half centuries’ worth of pent-up anxiety, and he’s lost his true love once. He is realizing, though, that this attachment just might be a weakness, as he tells Abbie in a confessional sight in which she also admits her faith in him could be a crack in her armour. With Katrina’s choice to become a spy for the two Horsemen (and the look on Abbie’s face shortly thereafter), there’s definite evidence that things could get even more complicated.

Captain Irving returned and is in not the greatest situation. Orlando Jones was incredible this week, bringing crafty wit to the over-the-top circumstances. Irving is being subjected as he refuses to back down from his story of demon possession and murder, even if it means being committed.

The Horsemen-on-Kindred showdown at the end was cool. The flaming, the anonymity of where the Kindred went with Abraham’s head is sure to have fascinating implications. Most exciting, though, is what the consequences of Henry’s gut-wrenching dishonesty of Irving. He admittedly should have been sharper, no witticism intended – are going to be. As always, I await the answers in gleeful expectation, but happily not in Purgatory.

The 45 minute episode never felt “overstuffed” or busy. Though there were many things have gone.