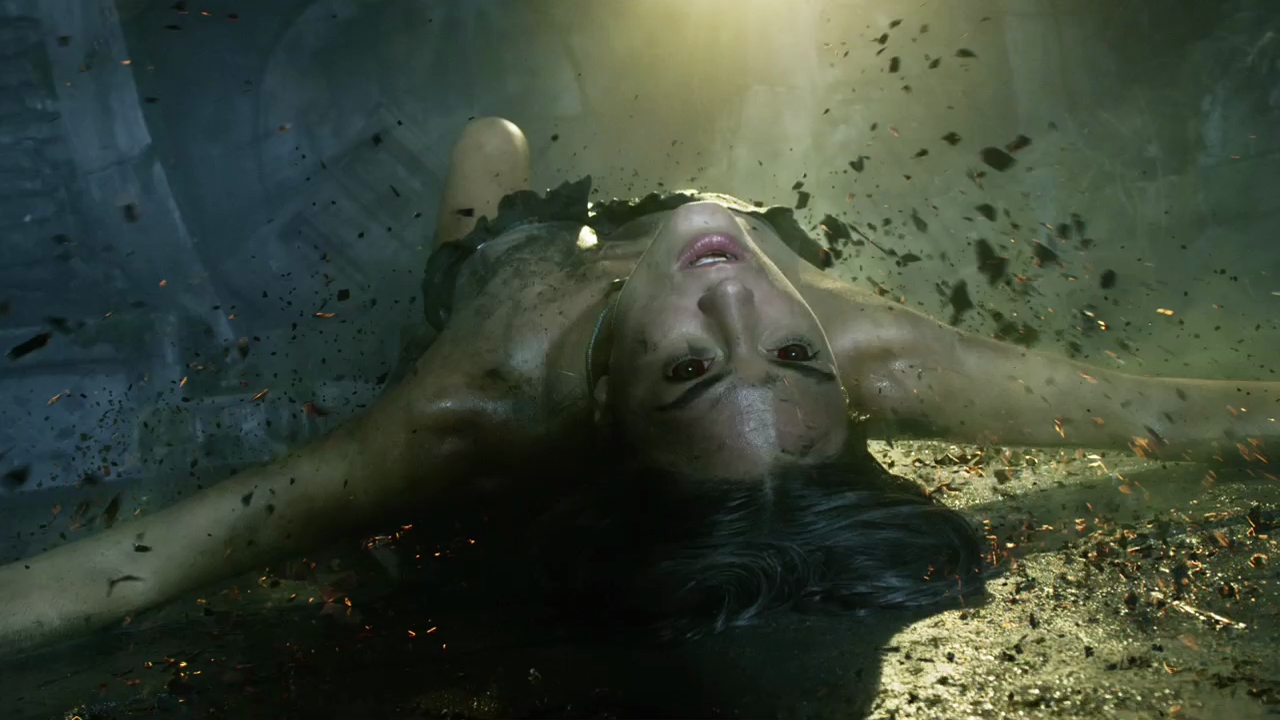 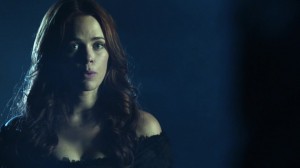 Ichabod is getting chased down by not one, not two but four horsemen. Like the headless man alone wasn’t enough. Just as they have drawn dangerously close, Katrina puts her witchy moves and gets Ichabod out of there and gives him his new mission. She tells him that the headless horseman, together with the three other horsemen will unleash the apocalypse and Ichabod had to stop a dark spirit rises with the blood moon and that she’s one of them, one of the witches that is. Ichabod wakes up from this dream.

In the meantime, cops are busy disproving theories to make sense out to the inexplicable situations. The cops, who had witnessed the headless horseman, took back their statements. It was the time of dawn and they could easily be mistaken due to the darkness. Abby states that they are scared but the next occurrence is a little more complicated to be explained. The tape showed a completely different way of Andy dying from what Abby can remember. The captain tries to convince Abby that Crane is delusional. And when Abby meets Ichabod Crane, he has more crazy news for her. He tells her about the dream he had early in the morning, more aptly a vision as put by Ichabod. The seed of doubt might be planted in Abby’s mind but she explains that she is only trying to hold on to her sanity. Ichabod retaliates that belief is sanity. The two then head off in search of a new enemy. 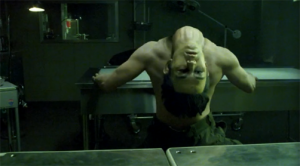 Speaking of evil, in the morgue, Andy has apparently resurrected and the scene couldn’t get any creepier. He has his head dangling by the neck on his back when he is visited by the devil who gives him the mission to release someone.

We are then taken to the funeral of the Sheriff where Abby grieves at her loss while Ichabod visits Katrina’s tombstone and asks what she had meant. He finally gets that it was a witch they were in search of. Andy on the other hand is a step ahead and has already managed to get a charcoal woman and delivers a message saying that she had to take the flesh of the pious to regain hers. And she is then off doing exactly that.

Abby leaks more details about her past as she reveals how much Sheriff Corbin meant to her. After her sister was sent to a mental institution, Abby got involved in all sorts of wrong stuffs, like drugs. The Sheriff gets a hold of her and helps her get her act straight. He helped change her life and showed her a path which took her to where she is today as opposed to the messed up, destructive person that had become of her.

There is an abnormal death which draws attention of Abby Mills and Ichabod Crane. A man is set on fire in his car and there is a mark of a claw on his chest, which gives away the killer to Ichabod. He goes back to storytelling. Ichabod speaks of an incident when he had found numerous men reduced to ashes. 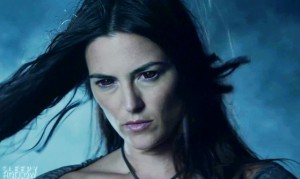 The one responsible of such murders was Cerilda of Abbadon with whom the red coat had formed an alliance. Abby remembers Corbin’s research which mentioned about good and evil witches. Ichabod and Abby look for files of Corbin and they find a secret passage which leads them straight to where the documents had been transferred. They discover documents which reveal that Cerilda was made vulnerable by the adverse coven and a hunting party captured her and she was then sentenced. She then cured her punishers, like any witch would. She said that by the turn of the blood moon she would live again and take the ashes and flesh of their ancestors. Apparently, the descendants of the magistrate who sentenced her. The search for any other descendant leads them to the Hemmingtons. We think little Kyle Hemmignton is in danger except when we, along with Ichabod and Abby, learn that Kyle is thankfully adopted and that the urn of his deceased father (also the last Hemmington descendent) is missing. 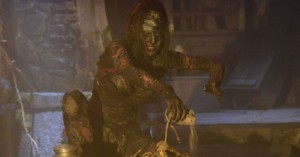 The next move of the duo is to head to the tunnel where the bones of Cerilda are, which she needs to turn back to her old self. They are find her, not fast enough as by the time they find her, she has already turned and I love this scene! However, her look strikes me as more of a goddess of the Earth (Gaia) kind rather than that of an evil witch. Cerilda speaks to Ichabod of Katrina who bound her powers and now she was trapped in a world between worlds. Ichabod and Abby make a narrow escape by lighting the witch on fire.

By the end of the episode Abby has a vision where Corbin tells her not to be afraid of the number 49 and that’s where she’ll find that she is not alone. Turns out we are receiving a new member to the Sleepy Hollow family. In a ward, numbered 49, is a tough Jennifer Mills who is doesn’t like abiding by the rules. Wonder how her cop sister feels about this. We’ll find out. 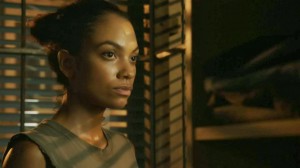