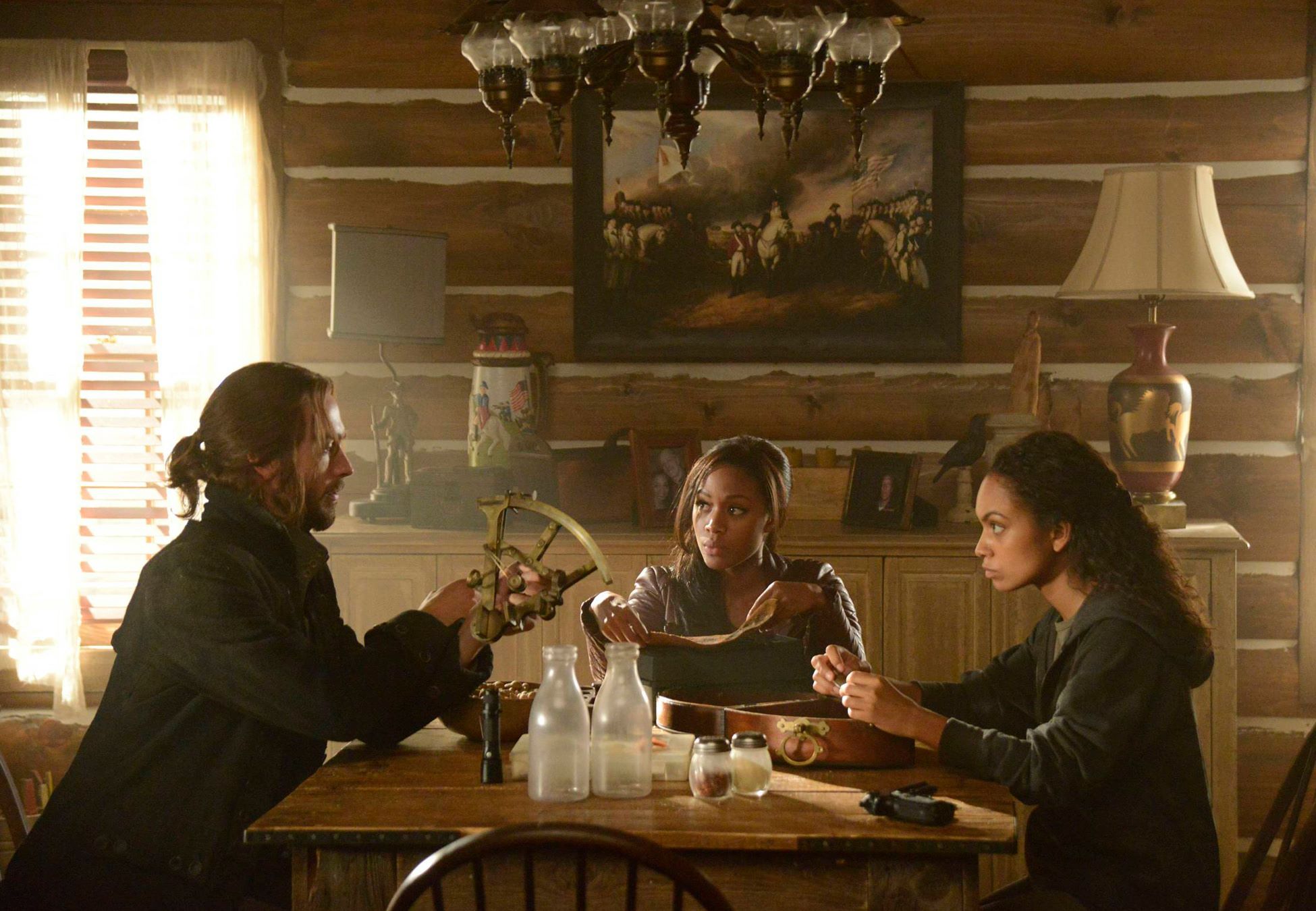 The Lesser Key of Solomon

At the beginning of the episode we discover that Jenny has managed to escape the mental institution. Abbie tries her best to convince Irving to give them some time to find her before he authorizes an official hunt for Jenny. After quite some persuasion, Irving grants them 12 hours to find her. 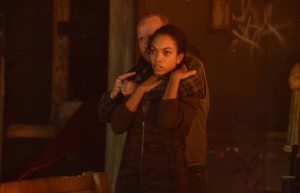 Jenny on the other hand is busy collecting weapons, preparing for the end. The hessians are also after Jennifer as well and in the process of finding her, they kill one of her acquaintances. Irving deduces form the murder pattern that this was a case different from that of Corbin’s or the Reverend’s. The man killed was tortured before murder, unlike the other ones. He concludes that the motive for murder was dissimilar.

Abbie is busy making calls while Ichabod attempts to find out more about her and Jenny’s childhood. Abbie reveals that their father left when they were kids and their mother got severely ill soon afterward when they were put under foster care. Ichabod discovers that Jenny had changed seven foster homes while growing up (while Abbie only had one) and that is where he thinks they should start their investigation. Upon reaching the foster home, Abbie notices the owner of the home, Luanne Harley, is raising a kid suffering from malnutrition and upon threatening to reveal this information to family services, Luanne mentions that Jenny often used to visit a cabin of a friend. 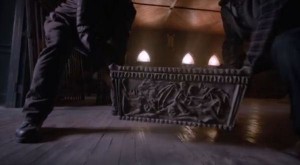 Abbie and Ichabod head to the cabin and they learn that the cabin belonged to Sheriff Corbin. They find Jenny in the very cabin. She explains that Corbin sent her places to gather information and that he had told her to visit the cabin to fetch something valuable. Jenny recovers a sextant and along with it, a sign, which Ichabod recognizes from a war at Boston Harbor. Ichabod was in a mission to gather a weapon, a stone chest, which had a marking on it, same as the one they found with the chest. The hessian guarding the chest devised a blast, killing himself and all of Ichabod’s men. Ichabod, being the lone survivor, brought the stone chest into safety but never knew what it contained. 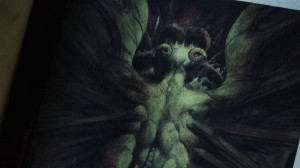 Upon careful placing, the sextant turns into a projector, revealing a map of Sleepy Hollow from Ichabod’s era. Ichabod mentions that it conceals the location of the chest but at that very moment, they get attacked by hessians. Two of them flee with the sextant but they manage to captivate one of the hessians. As they interrogate him, the hessian reveals that the chest contains the path which will unleash 72 demons (the lesser key of Solomon). He also informs them that they, the hessians and minions of the devil, are hiding under plain sight. And eventually, names the Moloch, the demon who is their master. Uttering the words which translate to “Moloch shall rise” the hessian dies from a cyanide pill. 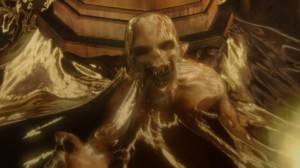 Ichabod recreates the map, thanks to his photographic memory and upon locating the last whereabouts of Solomon, they head towards it. At the church, the evil’s plan is already in motion and by the time the witnesses and Jenny reach, there is a Jell-O of demons developing. The hessians are chanting from a book, which Abbie gets a hold of and throws into the Jell-O which causes the chaos to cease. 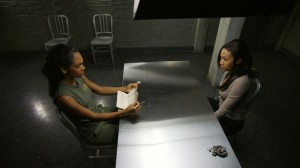 Abbie reveals to Jenny that she and Ichabod are witnesses which they had only read about in the Bible. Abbie also says that she will try to get her out of the mental institution in less than six months and then she wants to be Jenny’s temporary legal conservator. Jenny says that she did not think she would be able to forgive her sister but by the looks of it, seems like she just did. At the end of the episode, Ichabod shows Abbie what he had dug about Moloch. Ichabod says that he is considered the demon of child sacrifice, the same demon Abbie and Jenny had seen as kids. Evil, has a name indeed.

Ichabod: “Surviving death separated by time, tests the bonds of love. The moment I saw her, I knew, the bravest love is born again with each new day. The kind of love that makes the mundane marvel, that bewilders with its magnificence. Until fate’s cruel hand intervened and in the blink of an eye, Katrina was lost to me.”♥

Angela Bassett will direct the film about the singer’s life and relationship with Bobby Brown. by Adam Fleischer 05/22/14. A little more than two years since Whitney Houston’s death, a biopic on the singer’s life is in the works and set to appear on Lifetime