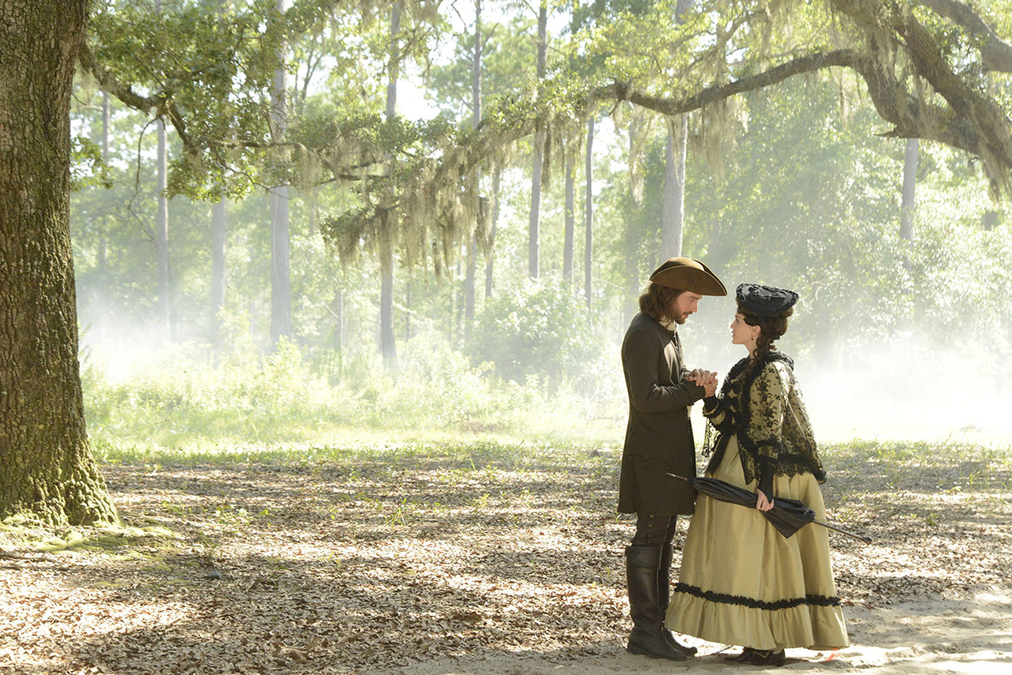 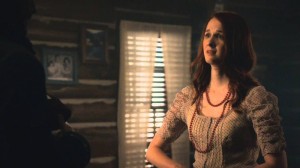 A girl, Caroline, helps Ichabod acquire his favorite colonial clothing and much to Ichabod’s discomfort, starts to hit on him. As she walks closer to him, Ichabod lets her know that he is married and turns her down. The girl, embarrassed, leaves the place immediately as Abbie enters the room. At the very moment, Ichabod’s wife, Katrina, is experimenting with her witchy skills as she charms a bird to carry her note to her husband. Abraham comes in and reminds her of the fact that he wants her to accept him willingly but he is not going to patiently wait for her response forever. Henry Parish offers to severe Katrina’s bond with Ichabod and Abraham dismisses it, still hopeful that she will return to him in the force of true love. 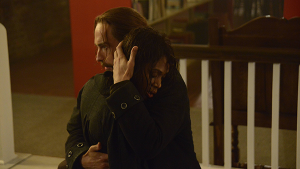 Ichabod goes over to Caroline’s place to make amends and the two of them agree to stay friends. But looks like she won’t be able to fulfill her friendship for long. As soon as Ichabod leaves, a creepy woman appears in Caroline’s house. Soon later, Caroline is found dead and her body was retrieved from the lake. It is discovered, after some memory exercise on Ichabod’s part, that this woman who killed Caroline was a blast from his past, a woman named Mary who Ichabod was engaged to. 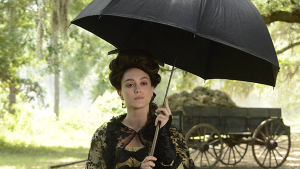 She has now come back as the Weeping Lady and her next victim turns out to be Abbie Mills, who is saved by a mout-to-mouth from Nick Hawley.

Mary was head over heels for Ichabod and their parents had chosen for them to be together. Upon growing up, the couple had decided to split with a sudden change of mind on Mary’s part. She wanted them to start over when Ichabod turned her down, saying that he loved her as a sister. Ouch! He then received a letter from her which said that she was leaving, holding nothing against Ichabod. 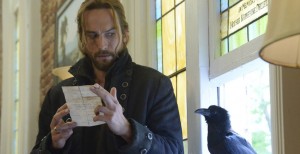 And Ichabod realizes that zombie Mary was attacking the women, in any way involved with Ichabod and that her next target was going to be none other than the wife of the scorned woman’s former lover.

The witnesses realize that Katrina was in grave danger from the Weeping Lady that had newly surfaced. They see Hawley for assistance and he helps them with weapon which could help them fight the supernatural. Katrina is actually attacked by the Weeping Lady, Mary and taken under water. Katrina uses her witchy powers to take her down temporarily. 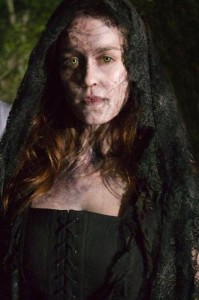 The witnesses come to aid her and Katrina, using Abbie as an anchor. Katrina chants the spell when Ichabod tries to make peace with Mary but instead she literally walks through him, focusing back on her mission to finish Katrina. Mary is, however, defeated by Katrina and as she is lying on the ground, Ichabod wraps his hands around her and as he asks her for her reason of returning, and while taking her dying breather, she points at Katrina.

Ichabod is confused and curious to know why Mary pointed at Katrina before she passes away. Katrina hesitates at first but then explains that long ago when Mary was refused by Ichabod, she asked Katrina to meet her. While she accused Katrina of stealing her man, Mary tries to attack Katrina but instead, falls into her death, literally. Katrina insists that it was an accident but it has almost negligible effect on Ichabod as he charges his wife for keeping things from him. And not just this incident, Ichabod brings up how she kept more things from him, like the fact that she was a witch, that they have a child together and now this. 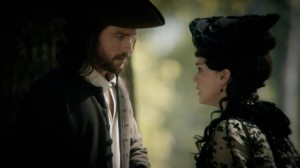 Before there can be any more clarification, the headless horseman arrives at the scene and attacks the witnesses. Katrina stops him before he can hurt Ichabod and as she explains the situation, Abraham agrees to let the witnesses go and takes Katrina back. “I’m never happy to see you unhappy Katrina,” Abraham says and looks at Katrina. Oh! It is not every day you see a headless man longing for what his heart desires! On the other hand, the other horseman of the apocalypse is threatened by Moloch, no less, for pulling a stunt like bringing back Mary, only to bring down hell on Katrina. Henry admits he did it in his desperate need to make his parents suffer and swears not to repeat such an act. Moloch is still angry and warns him saying that there are bigger plans for Katrina.