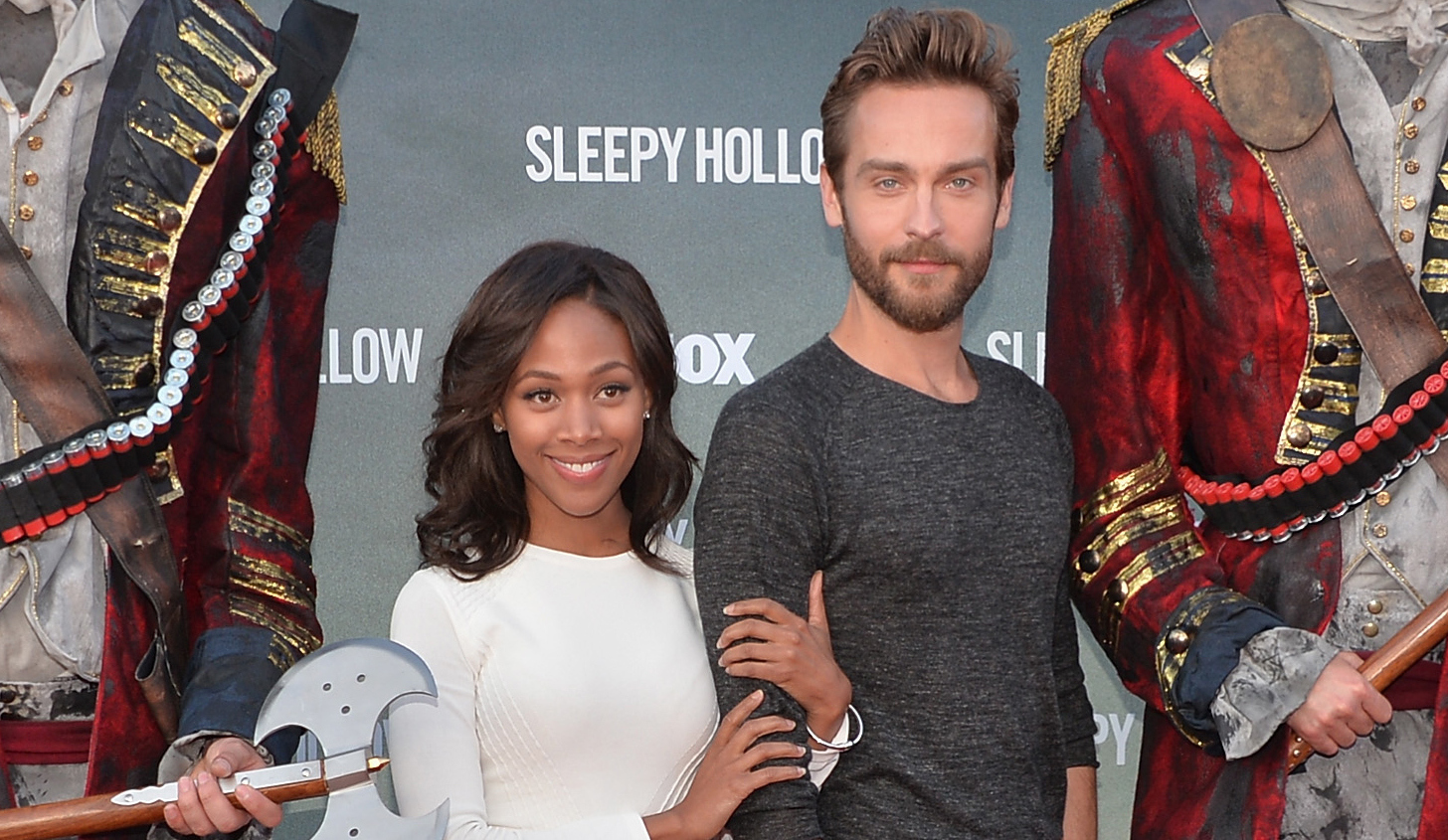 As soon as the first season of Sleepy Hollow disappeared form the screens before us, we were hit by a massive apocalypse of anticipation. What will happen to our witnesses? Will Katrina and Ichabod ever be reunited again, this time for more than just a couple of minutes? Will the headless horseman reclaim his head? Will Jenny survive the accident? Will Irving get rid of the false accusations? But first and foremost we wanted to know when the show would reappear to answer all the queries! And now atleast that has been cleared. Sleepy Hollow has acquired its much awaited premier date for Season 02. Your favorite show will present its all new season on Monday, September 22, 2014 on FOX. And so the countdown begins! 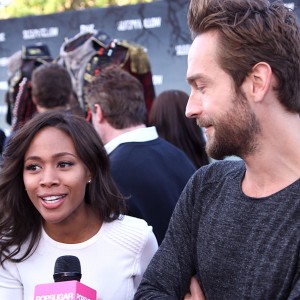 And to our relief, the producers and casts of the show spoke up about the show, finally, and replied to a series of questions on interviews at the Los Angeles’ Hollywood Forever Cemetery brought forth by Variety.

So, let’s begin with the Crane family. Tom Mison mentioned, “The great thing is, the second season starts exactly at the moment the finale left off, so all of the pace that’s been building up through the last 13 episodes, it’s just straight in. We’re hitting the ground running, so there’s no time for Ichabod or Abbie to sit back and consider what’s happened.” If you are worried as we are about the reunion of the long departed couple, fear not, because Nicole Beharie says that Ichanod is about to spend some time with his wife in this season. Ichabod is likely to go through several ups and downs in this season, not that he has had a very smooth ride so far. Len Wiseman said, “He feels like he has failed,” Wiseman observed. “Did he save Katrina? Sort of, but now she’s trapped and Abbie’s in Purgatory, so he does feel responsible — there’s the weight of that now, the sense of failure.” About Ichabod’s son Jeremy/ Henry Parish, Roberto Orci stated, “He doesn’t just suddenly take off his mask and (go) running around with claws — he’s actually still part of the town and part of the fabric of what’s going on. He’s integrating into the town, so he’s a delicious, gigantic bomb waiting to go off.” 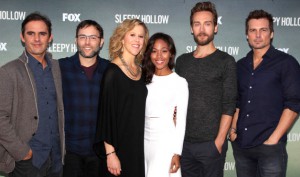 Mark Goffman, executive producer, added, “I think the first season was very much about figuring out the sins of the past and how he got to where he is, and now it’s about really embracing that. His wife is now out of Purgatory, his son — who he never knew — he wants a chance to see if there’s any redemption there, so we’re dealing with family bonds and the idea of redemption and hope, and that’s a really interesting area for him to explore.”

But the Ichabbie fans need not be disappointed! Executive Producer Heather Kadin says, “I think they(the witnesses) both know from last season that they have to do it together, so they’ll do whatever they have to do to get back together and stay together and fight evil.” In fact, EP Roberto Orci said that the witnesses will swap roles this season, “Now Crane knows his son is a villain and that’s tough to deal with, but (Abbie’s) not related to (Jeremy). So she’s now aware that she’s got to fight however she can to do what she has to. They may not always agree, even though they’re joined at the hip. They still have a lot of obstacles between them, and he’s now been a season in the new world and she’s yet to see it all, so there’s gonna be some growing pains as they go. There’s still barriers between them and they have to overcome them before they’re really free.” 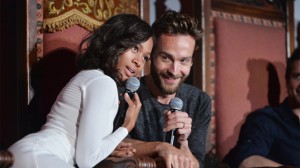 Nicole also added, “more family stuff for everyone — you’ll see where (Abbie) comes from and why she’s a Witness as well.” And provided that, the second episode of the season has been termed ‘The Kindred,’ Nicole’s statement makes a lot of sense.

Executive producer Mark Goffman says, “There’s a big surprise in the premiere that (Abbie) comes to in Purgatory, and that’s going to play out throughout the entire season. We’re really going to get to understand her past a lot more. (We’ll see more of) the family dynamic as they try to understand her role as a Witness; what exactly happened to (Abbie and her sister, Jenny); how you become a Witness; and what that really means. She takes it very seriously.” The flashbacks form the past are likely to enhance largely in this season, which is a fantastic revelation for us! The backstories of the characters are what the show more interesting and relatable for us. 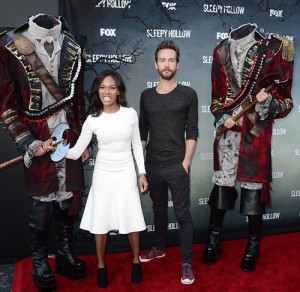 Coming to the latest extensions of Sleepy Hollow, Timothy Busfield, playing Benjamin Franklin seems to be doing exceedingly well and has gotten completely rolled up in his character. Goffman mentioned, “We wanted to come up with a Franklin that had never really been portrayed before on television, and this one has a level of irreverence and brilliance and smarts — his relationship with Crane is going to be something that’s memorable and a lot of fun to watch. This is a person who was responsible for so much of the founding of our country and so many inventions that we take for granted; there’s many seasons worth of stories to unwind in how he played a role in the Revolution and his relationship with Crane.”

The other add-on, Matt Barr, the new bounty hunter, Nick Hawley in town is apparently doing a five-to-seven episode arc. Heather Kadin let out spoilers saying, “We had to open up the town since we’re doing more episodes, and he (Nick Hawley) is going to be an antiquities dealer who Jenny (Lyndie Greenwood) used to go to for help finding things.” Roberto Orci added, “He’s one of the people who knows a little bit of the things that are happening in this world, so he’s someone with whom they can share some of the things you can’t talk to anyone else about.”

Still feel like you are missing Sleepy Hollow too much? Then don’t waste time and crazy behind the scenes pics of the hit Fox series on ibtimes and get some very cool insights of the upcoming second season of the epic show!