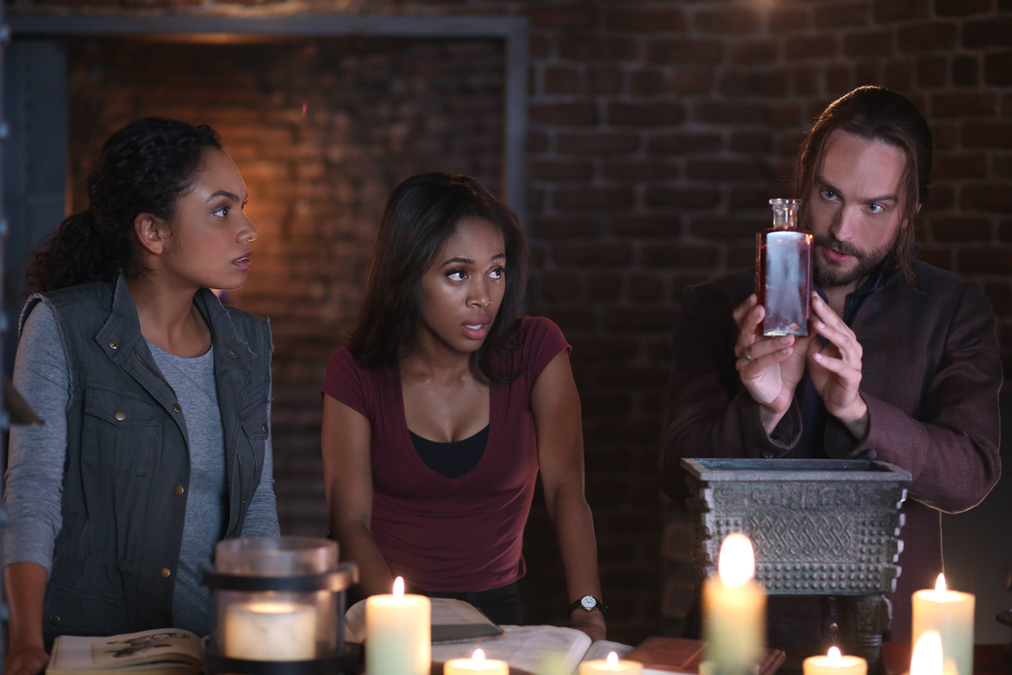 Sleepy Hollow Season 2 Episode 4 gave us another creepy look so far. Or maybe we can say that it is the most haunting look for the Pied Piper. It’s totally scary to see that creature for a ten year old kid.

Nick Hawley came back and sealed a deal with Abbie and Ichabod. He bartered his knowledge for the Piper’s bone flute. Sleepy Hollow is especially frightening when the town’s children were involved and threatened. To name a few on first season with the sickly boy from the 16th century lost colony of Raonaoke episode 5, and Macey the possessed by Ancitfic on the episode 11. For this eerie week another child is involved. A young girl disappearance, whose mother was Beth, was the case worker of Abbie and Jenny in the wards of the state. It hit close to home about the abduction raising the stakes above the bench.

“Let us release our own horseman” he tells her . Ichabod’s driving lesson with Abbie was surprisingly good. Abbie persist that he learns the skills for emergency purposes. “We should be victorious or defeated together” Ichabod guarantees her. Abbie and Ichabod had a delightfully sense of chemistry

Nick Hawley’s blood spatter helped Abbie and Icky to the bone of flute. He runs into the Piper later in the episode. Sara was not lost. She was enticed into the woods by the being of legend. The instrument belongs to Pied Piper and that’s stirring threat. Ichabod playing the bone flute into his lips was pretty nasty. Ichabod needed to play it for Abbie to be into that trance like state.

The flashback made for a wicked action sequence was Ichabod’s tale of mysterious piper luring a whole garrison outdoors and slaughtering them. This story was then confirmed by Hawley, and added that Daniel Lancaster hired the piper and afterward handed over him. Moloch then made the piper as a supernatural soldier in his army.

Sleepy Hollow always put the cleverest way to sequence the past with present as well as the curse involved a Lancester who disappeared on her 10th birthday.

Hawley on the other hand is confused between his knowledge and skills. It’s a bit frustrating to see that Hawley doesn’t believe what he saw after facing the creature. Abbie was venerable for keeping her word and the bone flute snapping was precious. Sara’s mother reaction seems to be disappointing. Beth, Sara’s mother was willing to sacrifice her to save the rest of the daughters. The Pied Piper is one of the brilliant creatures since the “Sandman”. Hopefully we could get to see him again.

More reasons to continue gluing to the show is can’t wait reaction of Irving upon learning that the Parish was the Horseman of War. Could his vision of killing the Horseman a premonition? Can we change that from happening? When we know that he did sign a contract of blood. Surely everyone had embraced the Pied Piper villain. Will Icky and Abbie find a way saving Irving’s soul?