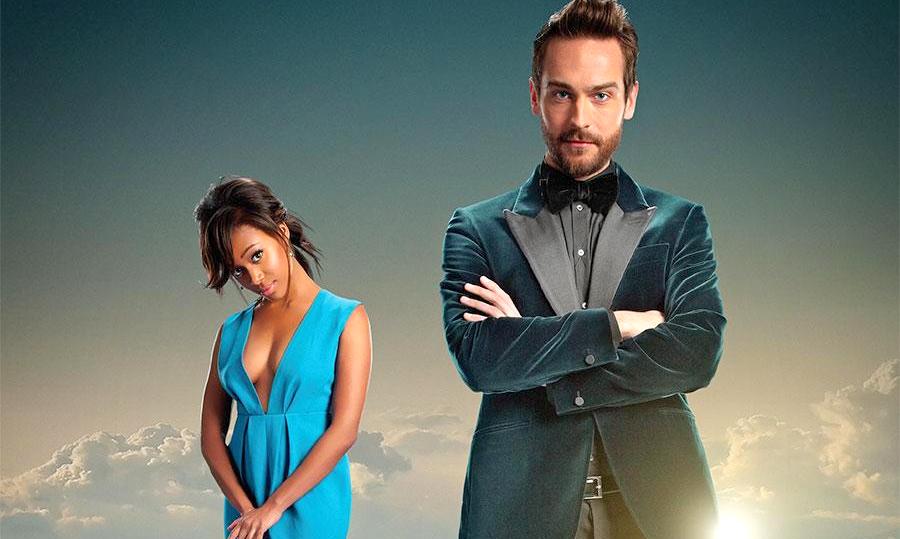 It’s been a while since Sleepy Hollow has been missing from our cable and waiting has become quite a drag. For now, we tune in for spoilers from the cast and hopefully that bit of excitement keeps us sane while looking forward to the second season.There’s absolutely no need for an introduction of Fox’s TV Series Sleepy Hollow as it already has won thousands of hearts with its classical drama theme. We heard about the new addition to the cast and surprisingly, has it already made the handsome Ichabod (Tom Mison) jealous?

Though his character Ichabod Crane is happily married and in love on Sleepy Hollow, it seems Mison wants the chemistry between Ichabod and Abbie go on for the audience. Will he be threatened to Abby’s incoming new love interest?

At the dramatic screening  for TV Academy members and fans at the Hollywood Forever Cemetery in Los Angeles, as part of Sleepy’s Emmy campaign,  we spot Mison  bemoaning the addition of the “far too attractive” Matt Barr. Set to take on the role of Nick Hawley, a rugged bounty hunter, Barr will likely be spending a lot of time with  Abbie (Nicole Beharie), something she seems to be more than OK with.

Mison also teased, “Nick is going to be helping us, some of us in more ways than one.” Beharie responded, “Wow, is that not giving away entirely too much?!”  But Nick isn’t the only new character Sleepyheads will be meeting in season two as we exclusively reported that House of Cards star Sakina Jaffrey will be playing Leena Reyes, the new sheriff. Per Mison, Leena “plays absolutely by the book and is the last person Ichabod and Abbie need around or want around.”

On the Show’s Surprising Popularity

Tom Mison, playing Ichabod Crane on the show, mentioned to The National, “I haven’t seen a show like this that has two different periods, 200 years apart and follows stories in both of them”.  He continues, “It’s remarkable. With the mythology, they’ve created something so thorough and so unique that, for an actor, it’s nothing but fun to dive into it.”

There’s Got to be Some Lovin Next Season

While it’s super great that finally, Ichabod might be reunited with his one and only love Katrina who was held captive in Purgatory by no other than the devil, Moloch, as a prize for the horseman of death; Abby who was always on the defense with her trust issues always gets in the way, although probably not for long. We can see a budding romance in the making, but not to disappoint you; it’s not going to be Ichabod. He can’t’ just have all the ladies. An attractive bounty hunter doesn’t sound bad for Abbie, not at all. The show would get scarier, but there’s also another side to it that adds up to the spice even more.

Sleepy Hollow returns for its second season on Monday, September 22,2014 on Fox.

oh my gosh a jealous Ichabod!!!

Begun, the great internet edautcion has.