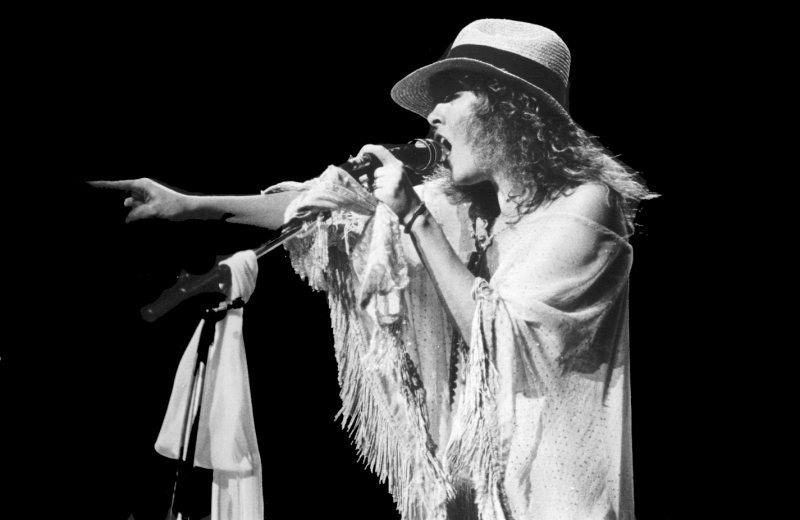 Recently, we had the pleasure of seeing Stevie Nicks on American Horror Story: Coven. Aside from her acting skills, she had the opportunity to sing, which is a very big but unsurprising bonus. Either way, it was still glorious to see the legendary vocalist on the show.

Ryan Murphy, the creator of the show (alongside Brad Falchuk) has made some comments about Ms. Nicks appearance on American Horror Story: Coven. Mr. Murphy said that the famous singer had a blast being a guest but was a bit nervous about acting.

“But it’s one of those weird things where you mythologize somebody for months and months and months in the scripts and then you tell the actors “Oh by the way, that person is coming.” So the anticipation for her on the set with the cast and the crew was great and everybody wanted to meet her and take pictures with her and talk to her,” said Murphy.

Murphy went on and said “She’s one of those ladies that’s so gracious. She’s just an amazing soul and kind. I love that she did those songs. She just had a ball. She was also very interested in the acting part of it so she spent a lot of time on set watching them and really getting into it… She’s a great person.”

The American Horror Story co-creator also discussed how they chose the song that Stevie Nicks sang on the show. “I chose “Rhiannon.” At the end, I definitely knew I wanted her to do “Has Anyone Ever Written Anything For You” which is one of my favorite songs. I thought it oddly applied to the Jessica Lange character where Fiona has had all these great opportunities and squandered them and is just looking for some peace after her horrific acts. So that was great and Stevie loved that idea. And “Rhiannon,” we put that in the script months ago and at that point I hadn’t even imagined Stevie could do the show. That song is very witchy and fun.”

Another great thing about the The Magical Delights of Stevie Nicks is how Ryan Murphy and the writers of AHS incorporated the Fleetwood Mac singer’s twirling in the said episode.

Murphy said “I’ve seen her in concert and Stevie Nicks is famous for her twirling and her shawl changes. I said to the writers, “Do you think Stevie would have a sense of humor about this?” Knowing her I thought I think she’ll go for it and she did. Nobody twirls like Stevie Nicks.”

Episode 10 of Coven is the best yet for the season. The writers of the show finally decided to stop with the confusion and steer the 3rd season into the right direction. With the addition of Stevie Nicks, the episode was much more special. When asked if Ms. Nicks would be back Murphy said “Yes, she’s the complete cold opening of the last episode.”

And if she’s going to sing?