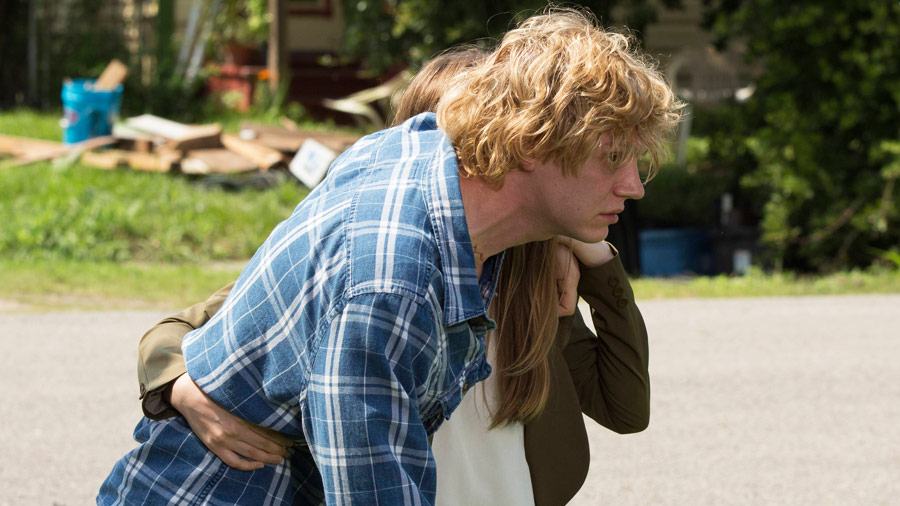 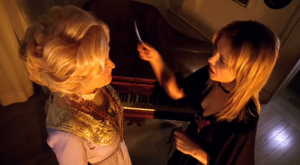 Last Woman Standing: Poor Fiona deals with the aging changes and reminisces on her good old days when she had it all, when she had what she craves for now. It goes back all the way to 1971, in New Orleans when Fiona had her final conversation with the last supreme and she recalls how she replaced her. Anna-Lee Leighton, who is now just part of one of the paintings hanging on the walls, was once the supreme, the last one right before Fiona. When Fiona told her that she was the next supreme and that Anna Leigh was fading away as her age was leaving her side because the next supreme in line, being Fiona, was drawing from her powers, the prior supreme was furious and said that Fiona would make a disastrous supreme which Anna Leigh would make sure to prevent form happening. 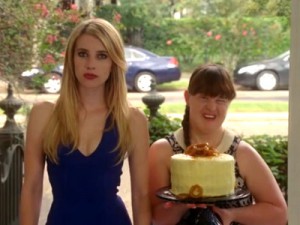 Upon this, Fiona was very mad and without even blinking, she slit Anna Leigh’s neck and watched as she bled to death. Another person, who watched silently, was Spalding.

In present day, as Fiona kept wondering who the next supreme might be, the one who was causing Fiona to become weaker by the day, the answer almost can flying to her when the newly arrived next door neighbor, Joan Ramsey, comes, complaining about Madison and Nan who came over to her house, flirted with her son, Luke, and behaved indecently. Fiona almost turned a deaf ear, until Joan mentioned how Madison set her curtains on fire in an inexplicable method.

And from then onwards, with just a little bit of research put into Madison, Fiona realizes that she is the one, the next witch in line to attain supremacy. Fiona takes Madison clubbing and upon return has a conversation with her, explaining how she became the supreme and how she was now dying of cancer and fading away as Madison (next supreme) was drawing powers form her. As Madison got stronger, Fiona grew weaker. Fiona insists on dying in a condition no worse than one in which she already was and brings out the knife she used to slit open Anna Leigh’s throat and asks Madison to do the same to her. Madison, understandably refuses and after few seconds of chaos, Fiona runs the knife across Madison’s neck. While initially tried to make it look like an accident in a moment of heightened emotions but then appeared the smile at the corner of her lips causing the indiscretion. And here again, the only witness left standing was Spalding. 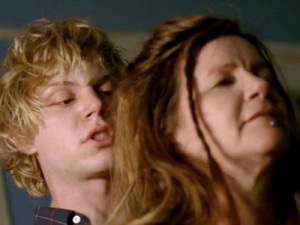 Death, Back And Forth: Now that Kyle is back from the dead and Zoe has appointed him a nurse (Misty), we were looking forward to the improvements in his zombie condition. Kyle seems much healthier and nursed back to health by Misty who is now too attached to her patient and possibly the only company she has had in a long time. Zoe takes Kyle away, anyway, and promises to come back for her which Misty fails to believe. Zoe then takes Kyle to his mother, whom she had met earlier this episode and found her to be mourning too deeply at the loss of her son, she even made an attempt to suicide when a call from Zoe saved her life. Kyle does not look too thrilled to be dropped off at his place, but Zoe rings the bell and leaves Kyle, at the doorstep, who is then fetched by his astonished mother. As we move to later parts of the show, we find out that Kyle’s mother has been sexually violating him for much long. As the incestuous woman goes through her son’s body, she recognizes the significant difference in his anatomy and calls up Zoe for dinner. However, by the time Zoe arrives, Kyle has had already smashed his mother’s face and left her dead on the floor. Personally, I did not even feel an ounce of sympathy for the woman when Kyle is beating her to death with a trophy. 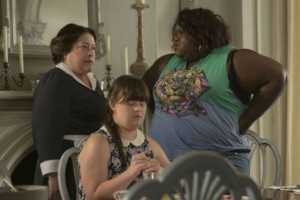 Back For Vengeance: Madame Delphine LaLaurie weeps as she watches the television only to learn that Barack Obama is the president of The United States and cries about the fact that the world is not the same as she remembered. To make matters worse, Fiona appointed Madame LaLaurie to be the house maid and as she refused to serve Queenie, being a high level racist, she was turned into a personal slave for Queenie. 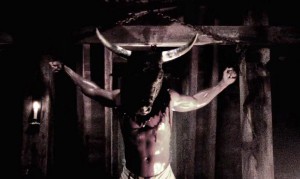 Other than all these major incidents, it turns out that Cordelia is still not pregnant and her last hope, Marie Laveau, turns her down by saying that she would not help her arc enemy’s daughter.