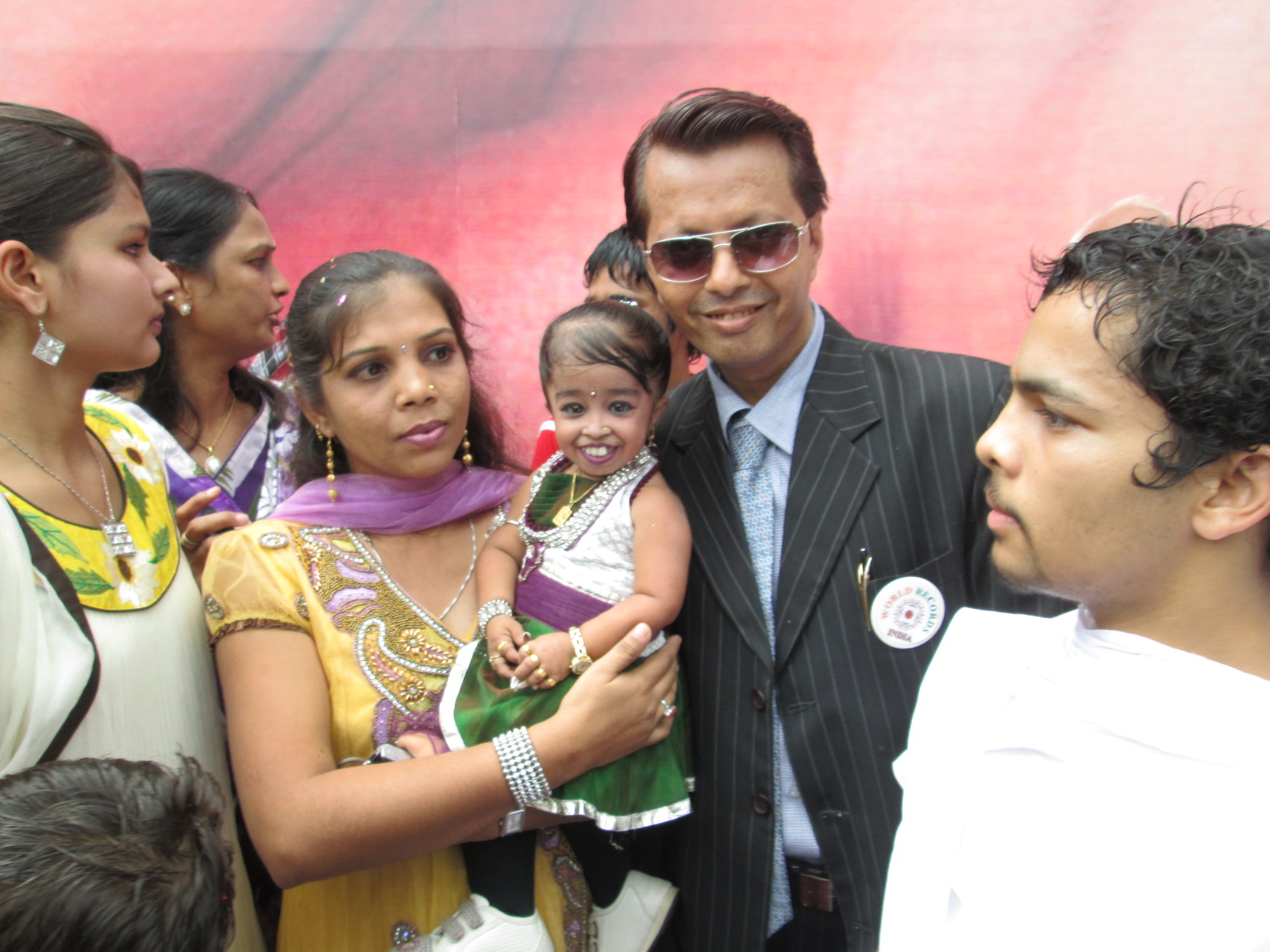 Ryan Murphy, the cast and creator announced, via  Twitter posting a picture of her . “Jessica and our newest cast member Jyoti Amge, the world’s smallest woman,” he wrote. Meanwhile a fellow show star Jessica Lange posted a picture via twitter holding Amge.

Who is Jyoti Amge

Jyoti Amge was born in December  16, 1993.  She’s a resident of Nagpur, India. She weighs 11 pounds and stands at 2 feet, according to Guinness World Records.

On December 16, 2011 Amge’s been officially declared the world’s smallest woman by Guinness Book of Records. She was awarded on her debut birthday. Her restricted height is due to a growth anomaly called achondroplasia.  Achondroplasia is the common cause of dwarfism. The disorder is caused by a change in the gene for fibroblast growth factor receptor 3. That causes the abnormality in the cartilage formation. This happening affects an estimated one out of every 25,000 births that occurs in all races.

On her interview dated in the year 2009 by Britain’s Sunday Mirror that her size didn’t hammer his spirit even a bit. On the interview Amge said ” I am proud of being small. I love the attention I get”. “I’m just the same as other people. I eat like you, dream like you. I don’t feel any different.”

One should totally be inspired by her brave actions and determination.

Her Lifestyle, Interests and Goals

Amge loves listening to music and watching DVDs.  She started schooling at the age of 4 and had everything personalized from her school chair and tables to her utensils and clothes. Gladly, her classmates treated her fairly. At the age of five, Amge learned of her condition after consulting a specialist. The specialist said that her size will be permanent because of a genetic condition.

She dreamt back then to be a Bollywood actress; to work in the big city like Mumbai, to act in films and travel in London and America. She loves make ups, fashion and talking on the phone.

Amge was featured in the 2009 documentary “ Body Shock: Two Foot High Teen” in the UK on channel 4. She then had a guest participant on “Bigg Boss 6”, an Indian television show. On the same year,  Amge supported  a candidate on her municipality Mumbai, India.

Amge has recorded an album with her favourite Indian pop star, Mike Singh on the year 2012. In 2012, Amge had an opportunity to meet the world’s shortest man, Chandra Bahadur Dangi of Nepal. Amge and Chandra posted together for 57th edition of the Guinness 2013.

Finally, on August 13th, 2014, she was casted for American Horror Story: Freak Show.  Amge with her smallest physique is now experiencing her current bliss of career. AHS: Freak Show premieres fall 2014 on FX.