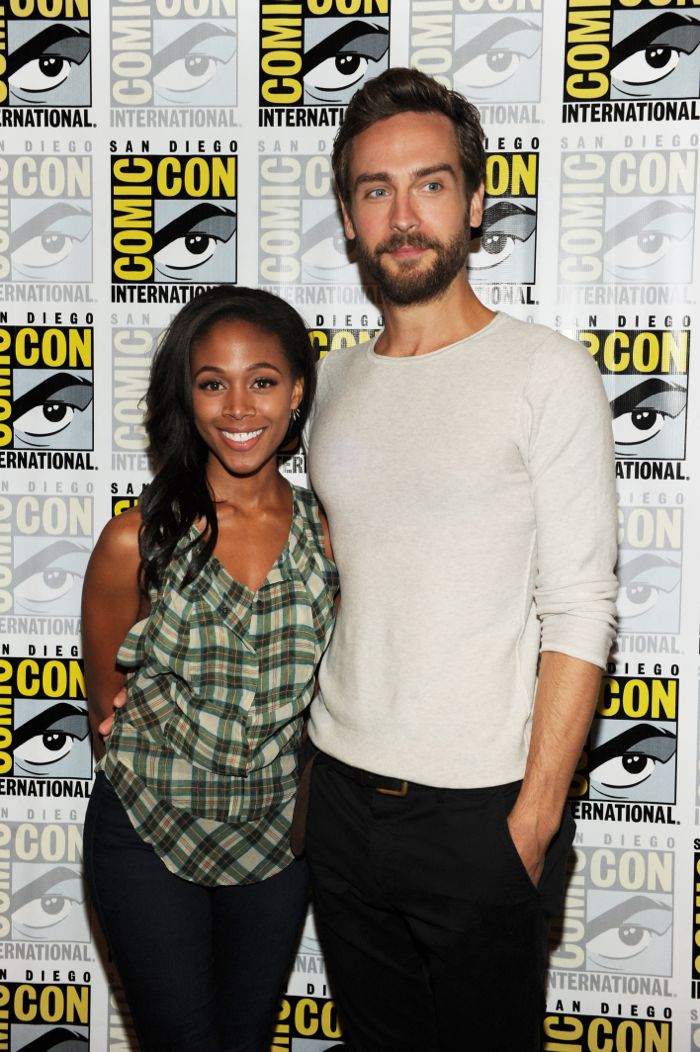 During the season 2 set of Sleepy Hollow at Wilmington, North Carolina, HitFix had the chance to invade and cornered the stars for interesting interrogation. One the stars caught is Nicole Beharie who plays as Abby Mills in the show.

In the interview, Nicole discussed the perks of shooting in their new set with both the warmth and humidity going around the atmosphere. She said, “It’s miserable. It’s actually miserable, but I think it serves us because we get to be, like we’re much more tired and we really have to push through in order to like tell the story. Tom, God bless him, is in a coat and I’m always like in leather jackets, jeans, hoodies that whole thing, so we’re both in there sweating our asses off basically.”

It seemed like the production staff, the directors and cast are not alone in the set as they have bug visitors. Nicole had a week covered in what they call chiggers. But the good thing is that the bug bites are barely seen whenever she go tanning on a nearby beach. So there is an oasis in the summer heat.

But all these little sacrifices are just fair part of a good story and a good show. “So I think that this is the right way to do it and unfortunately it is very warm but I think because of that we can provide better storytelling and better quality, better VFX, everything. We just have more time to like go over things so that the audience is pleased,” she elaborated.

The HitFix asked, “Now you talked about it in terms of getting things started early and sort of the advantage that’s had in terms of production, but for you personally how does Season 2 of being a TV regular feel different? How have you settled into this?”

“I haven’t settled,” Nicole answered. At first she thought they’ve got this thing then when something goes wrong, it makes her change mind and the feeling of wanting to get settled. Amidst this, Nicole said, “ I do discover new things and because they’re writing interesting characters and adding new people, the only thing that is familiar is like the crew and the fact that we know our crew, we know sort of how we all work together. But there’s nothing particularly that feels like, “Oh I’m just at the job doing the same thing,” because every day is really different. It’s not like a sitcom; it’s not a kitchen sink situation.”

Nicole uttered about going through some easy and gruesome days. Chill days were like waking up at just saying few funny lines then go home. But what she had to say on some other days required her to cry and run through the woods and fight a monster all in one day.

Through the shootings, Nicole felt she has grown. She said, “But that’s not the situation I’m in and I kind of feel like I have grown as just like a human being — I’m just being really honest with you — as a human being by being able to adapt and adjust and know that like you can’t ever rest on your laurels, you have to sort of wake up; you actually have to be present. You know? You have to be present.”