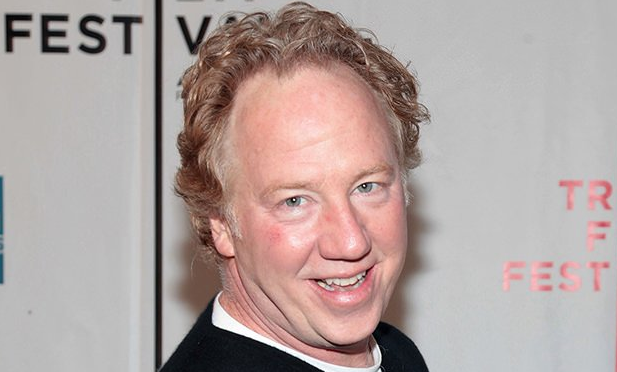 Previously we’ve reported that Benjamin Franklin will have more screen time on Sleepy Hollow’s 2nd season. Although the late president appeared on the first season (mostly on flash backs), he didn’t really have an important role. The sophomore season, on the other hand, will provide a bigger stage for Franklin and according to the show-runners, we’ll see a more filled out character.

Sadly for the former actor who played Franklin, veteran actor Timothy Busfield will now be filling out the role starting next season. Busfield is an Emmy award winning actor. He’s famous for participating in movies such as, Field of Dreams, Revenge of the Nerds, Revenge of the Nerds II, Nerds in Paradise, Stripes, Sneakers, Quiz Show, Striking Distance, First Kid, National Security, and Little Big League to name a few.

The experienced actor is perhaps more known for his TV work. He got the Emmy for his work on thirtysomething and has been a regular or recurring character on 11 TV shows including All My Children, Reggie, The Paper Chase, Family Ties, Trapper John, M.D., The Byrds of Paradise, Champs, The West Wing, Ed, and Without a Trace.

Busfield is also a theater actor who has appeared in over 50 plays including the Broadway productions of Neil Simon’s “Brighton Beach Memoirs” and Aaron Sorkin’s “A Few Good Men.” He has also directed over 25 theater productions.

Aside from being a successful actor, Busfield is also a TV director and executive producer.

Clearly, Busfield is a very capable of bringing to life the character of Benjamin Franklin for Sleepy Hollow. “Last season, we created this history between Ichabod and George Washington that talked about this secret war that was part of the American Revolution,” says executive producer Mark Goffman. “This season, we’re continuing that and expanding on it with other characters. Benjamin Franklin is great because we are all familiar with so many of his contributions and now we get to pull back the veil a bit. This man founded the printing press and was responsible for so many [innovations] and now we find out he’s involved in this secret war and that Crane had a relationship with him. I’ve read several biographies of Franklin and we’re teeing off on some of his precociousness and eccentricities.”

Busfield previously worked with Goffman on Studio 60 on the Sunset Strip and says that he is very excited to play someone so famous yet infrequently portrayed in TV shows and movies. “Not a lot of people have actually played Ben Franklin, and the more I learn about him and read about him, he’s a really fun guy,” Busfield says. “He’s a writer, and I love how that informs his mind.”

The job also comes with perks. “[Executive producer Ken Olin] said, ‘Eat all the ice cream you want,’ and there’s nothing more fun to hear as an actor,” Busfield says. “I get to play a guy with a potbelly who wears bifocals — finally a part that Michael Fassbender couldn’t play!”