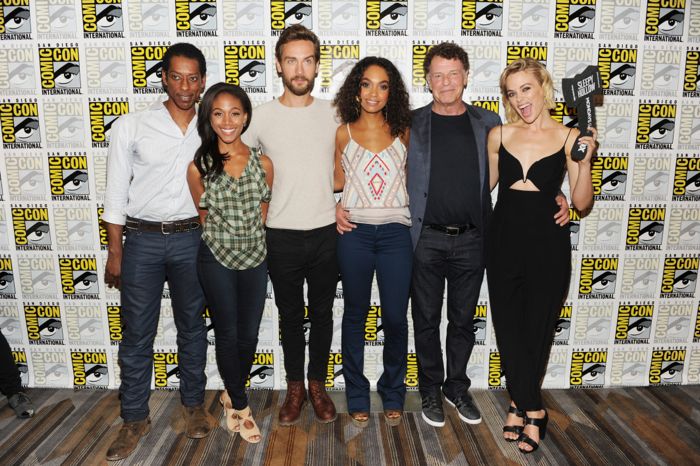 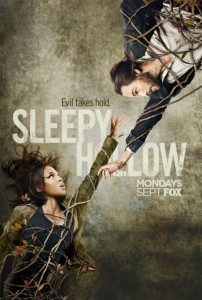 As the last season ended with some of the major cliffhangers to be ever viewed on television, we have this growing curiosity, especially now with the second season’s premiere date so close. In summing up last season’s finale, EP Roberto Orci says, “We have Abbie stuck in purgatory in a dollhouse from her childhood, which becomes a kickoff point for finding out more about Abbie and Jenny’s family, particularly their mother. We obviously have Crane buried in the same pine box in which Henry Parrish, played by John Noble, spent a couple of centuries after he was buried by Katrina’s coven. And Frank Irving is committed to Tarrytown for the murders of another police officer and Father Bolan, who we all know were killed by the demonically possessed version of his daughter. So we come in very much with everyone where they were, and they can’t really help each other until they figure out a way out. Which some of them do, and maybe some of them don’t.”

Crane’s Dilemma: This season we will see Ichabod Crane firstly, struggling to get out of the pine box, and then fighting off mixed feelings as the time draws nearer to fight off his arch enemy, the horseman of war, who also happens to be Crane’s son. 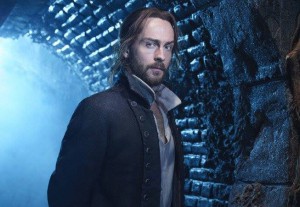 Roberto Orci explains the situation clearly by saying, “Abbie and Crane in a way have switched places. Abbie was sort of unwilling [to accept] the fact that she’s potentially a biblical witness. This year, she she’s gung ho to get ahead of evil. Unfortunately, getting ahead of evil also means potentially defeating Henry Parrish, which is Crane’s son. And so suddenly there’s a hesitation introduced to his mission. Abbie and Jenny had a rough start last season. Now they’re a little bit united—they’re still going to go through their ups and downs, but now their goals are the same. And in solving their personal dynamics, they get to spend some time figuring out a lot more about their mother, and why they ended up where they ended up. Irving, meanwhile, is continuing to want to protect his daughter, and part of that is potentially being tempted by Henry Parrish.” 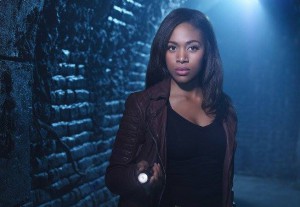 Abbie’s Trip To Purgatory: The trip might be somewhat long as Tom Mison states, “We give you long enough to enjoy me being in a box and Nicole running around purgatory. There shall be much struggle and hustle as the witnesses put an effort to escape the horrid situations they are literally stuck in.” And Nicole Beharie mentions, “You’ll see different sides of them, trying to figure their way out of it.” As for Abbie’s relationship with Jenny, Nicole told TVLine, “They’re a lot closer because they’ve faced the tribulations, and they’re learning more about their family — mom, dad, all that kind of stuff. But a few people step into the situation and put a wrench into it, and they end up butting heads.” 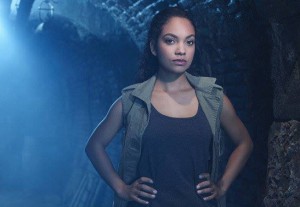 How Safe Is Jenny? Roberot Orci says, “She’s hanging on by a thread when we leave her at the end of last season. It’d be great if she could just be taken to a doctor. Instead, she is picked up by a secret society, and it’s not clear whether they’re going to be able to save her life. But it’s certainly their goal. And whether it’s their goal to save her for good or evil, you’ll have to watch.” Considering that Jenny is going to survive the crash, we are hoping to see the new dynamics of her relationship with her sister. Lyndie Greenwood said, “It took so much for the sisters to be getting along in the first place. Sisters will be sisters so they’re always going to argue about something…They’ve worked so hard to get each other back that every argument is going to get them closer in the end.” 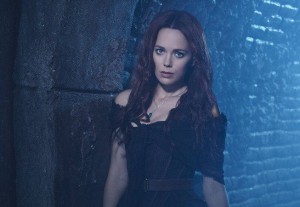 Where does Katrina stand?With Lady Crane out of the purgatory, we can hope to see more of her this season. Apparently, in this season Katrina will be seen showing off a lot of her witchy skills. As a demo of one of her magical gifts, she will see the headless horseman for who he is. That’s with, while others see the headless creature, Katrina will see Abraham, her former lover, in the horseman of death, thanks to some spell. Katia Winter says, “There’s a little bit of a Beauty and the Beast kind of situation.” As for Ichabod and Katrina’s chemistry, it shall develop through the season as apparently, they will see more of each other and Katia Winter mentioned that the season’s storytelling shall explain what makes Ichabod and Katrina’s bond so strong. 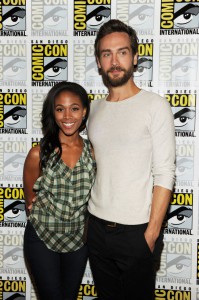 The Ichabbie Angle: Ichabod and Abbie have is unspoken, unbreakable bond,as Tom Mison puts it, “They have to be together. They really annoy each other. That’s what some of you find spicy.” But they do have some air to clear after Ichabod secretly redrew the map, outside Abbie’s knowledge. Nicole Beharie further states about the duo, “I really think it’s interesting and kind of fun … that she has a relationship with a man but it’s not romantic. She’s not necessarily defined by some sexual or amorous desires. I love that they’re so different. Crane has become a family member in a way. He’s the closest person she’s had in her life because she’s been fostered off and everyone’s died. The relationship mirrors our own relationship in that we spend a lot of time together and we’ve gotten to know each other and there’s a shorthand.” 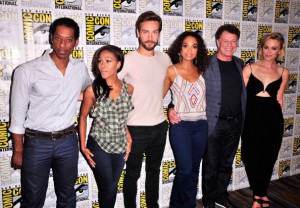 Whats New?  We have the new bounty hunter, Nick Hawley, as Mark Goffman says, “We have a new arms dealer who deals in supernatural weaponry to help mix things up between Ichabod & Abbie.” There will be a new sheriff in town to take control of the law and order situation and turna out she isn’t a fan of the witnesses. It was also revealed that she had ties with Abbie mother. We will also have quite a lot of Benjamin Franklin, as Orci says, “Ben Franklin has a bigger role than we ever imagined. Some of his inventions, some of his discoveries, which you can read about in history, actually prove to be things that have a dual purpose—some of which will be necessary if we’re ever going to save Abbie, and if Crane is ever going to reunite with Katrina.”