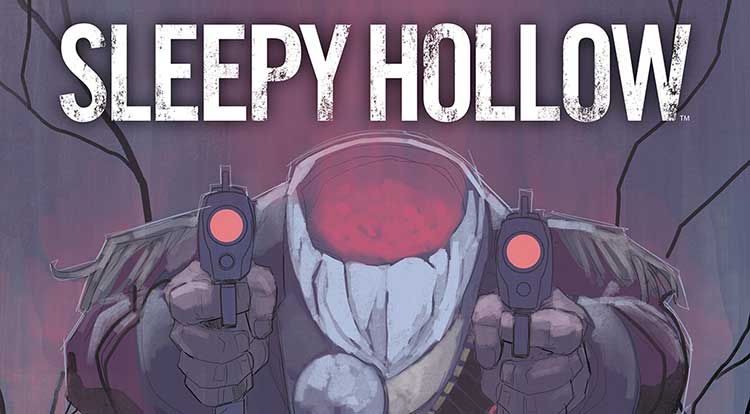 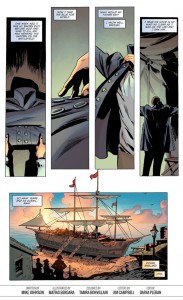 We already know that the awesomeness of Sleepy Hollow has already spread from television to comic books.  The comic books are under BOOM! Studios and is written by the brilliant writer, Marguerite Bennett. Announcement was made that this four issue long mini comic series based on the TV show, Sleepy Hollow, will debut on October. BOOM! Studios is also releasing fresh prologues of the comic book series which wil be focusing of the lead characters of the show. You can find the first two prologues in Sleepy Hollow’s Official Facebook Page. The new prologues concentrate on Ichabod Crane and Jenny Mills and are written by Bad Robot’s Mike Johnson while the artist is  Matias Bergara.

The studio shares that five shorts are in the fore future and a print collection will be available hopefully, in the near future. We also are aware that BOOM!’s four-issue long Sleepy Hollow 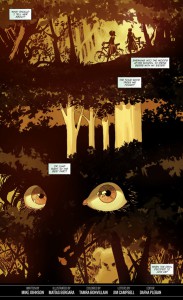 miniseries, featuring the show’s first season, created by Marguerite Bennett and Jorge Coelho, will be launched in the comic stores in the next month.

In an earlier interview, comic writer, Marguerite Bennett had explained the idea for the book and said, “The first issue takes place early in the [first] season and is a story of magic, the second is in the middle and is a story of myth, and the third and fourth are close to the end, and are the story of a machine.” Bennett also spoke of her inspiration to create the comic series and said, “The relationships on the show move me as much as — and even more — than the perilous adventures and rich mythos. Abbie and Ichabod’s foiling charm, the Mills sisters and their battles to redeem one another, Jenny’s struggles, Frank’s grief, Henry’s anger — the little moments stayed with me as much as the explosive ones, Ichabod’s scowls over the price of water, Frank’s fierce tenderness for his child. The show must strike at the grand notes in the overall story, the comic falls down into the dark caverns in between, full of monsters and secrets. It’s such a positive show, really. Action, adventure, conscience, empowerment, diversity — and it’s fun.”