What To Expect From Sleepy Hollow Season 03 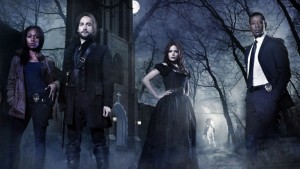 Now that we have encountered the conclusion of Sleepy Hollow’s second season, it’s time to move on to future possibilities of the show. Season two of the show was had quite a few ups and downs in terms of audience satisfaction. We would, however, love to see the show and its cast make another appearance before us with its all new third season. In a recent interview, Tom Mison, the star playing Ichabod Crane on the show mentioned, “In a hypothetical season three, I think a new dynamic in a new core quartet. I think that every member of the group brings something different. I hope to see the return of some of the characters we got to know in this last season. I’d love to see the return of Joe Corbin (Zach Appelman), for example. Particularly if he’s still a wendigo and fights for our team. That would be great — then it would be the Avengers. Ichabod, and Abbie, Jenny and Irving, and Joe Corbin as our Hulk.” Now that makes us want to dive into another season filled with drama, suspense and horror. 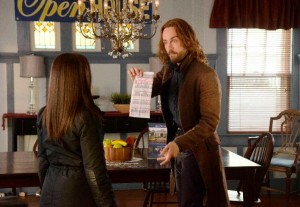 Now we don’t want to post any major spoilers for those who did not yet get the chance to view the finale episode of Sleepy Hollow, but before the second season ceased, Mison did talk about the dynamics of the show which has evolved from the first season to the second will be possible carried to the third. The actor mentioned, “I think that this season ends rather beautifully with a new foursome, being Ichabod, Abbie, Jenny (Lyndie Greenwood), and Irving (Orlando Jones). And I think as a foursome that’s an incredibly strong group to pick up again season 3. [We can] hit the floor running with those four because, in any of the scenes that we’ve had so far with any pairing from that group — whether it’s Ichabod and Jenny, Ichabod and Abbie, Abbie and Irving, Irving and Jenny — there’s something magic and interesting in all of those relationships. So, really we can fling anyone anywhere at any time and I think that would be fun.” 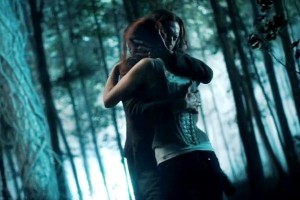 One thing constant throughout the show is the commitment between the witnesses but so is the non-romantic equation between them. The Ichabbie shippers have been waiting for the day to come when Abbie and Ichabod will unite, in more ways than one. However, by the looks of it, we are assuming that the show has nothing to offer them but some more disappointment on this topic. Mison spoke anout the witnesses’ relationship by stating, Buddies! I think it’s such a magic relationship that they have. I do think — much as, I think, if Ichabod becomes too used to the 21st century we’d lose something — I think it would be a shame if Ichabod and Abbie got together. Although, now she knows he’s a single man, who knows? Maybe we could go speed dating. Ichabod and Abbie both go speed dating!