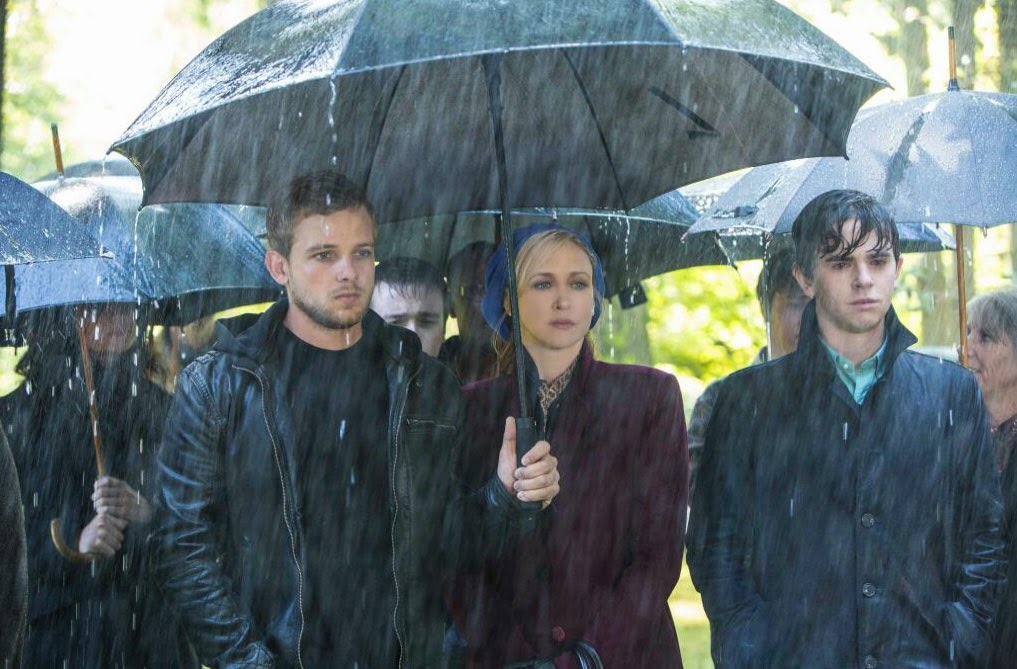 Inside Stories Of The Bates Motel Cast 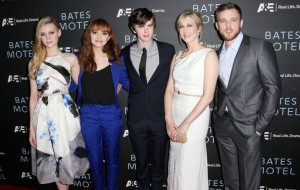 Ever since Bates Motel’s inception, there has been a lot of talk about the twisted relationship dynamics between Norma and her two sons. The exceptional relationship between the psycho Norman and his mother Norma is what the show is practically based upon. Norma clearly has a deep bond with Norman which is apparently taking the dark course, causing Norman to believe that his body is infact taken over by his mother from time to time. And in the process, Norman ends up doing all these vicious acts and his delusion causes him to believe that his mother had committed them while taking over his existence. On the other hand, the comparatively normal son of Norma, Dylan has a lot of decisions to make once he learns that his father is Norma’s brother Caleb. Dylan and his mother, however, come to good terms when Dylan accepts that his mother was no more than a naïve victim to her perverted brother, Caleb. 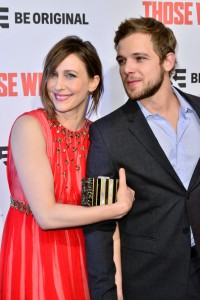 We see the show, we love the show so the characters are very familiar to us, but how familiar are we to the stars playing the roles? In our attempt to better comprehend the relation between the stars, we found out some of the following information, courtesy of Yahoo TV. Vera Farmiga spoke about the chemistry she has with both her onscreen sons, by stating, “Honestly, I think chemistry is a funny thing to talk about, because a part of me believes that it’s mostly willingness. If the writing is sublime, if it’s on the written page and then you’re willing, it’s just a matter of taking … chemistry is being so keen to each other and taking all social cues and paying attention to the nuance of their performance and reacting. I think both boys are incredibly talented. Obviously, Freddie had a lot to do first season and Max gets to really show off this second season. The plot for him, his narrative this year, is quite spectacular, and what he does with these scenes is mind-blowing. There have been occasions where literally I’m bereft of words, because I’m in a scene with him and all of a sudden I have this mind blowing moment where I’m watching him as an audience. There’s been a couple times, and there’s proof in dailies, where I just stop. I don’t say my lines, because I’m just so enthralled. But back to chemistry, I also find them both to be very charming boys, very openhearted. I think that makes it easy for me to befriend them, and create a trust. They’re both very sharp as actors, so I rely on them to get me into places as well. I really, really like them, and I respect them both as men and as actors. You’re seeing a genuine love there.” 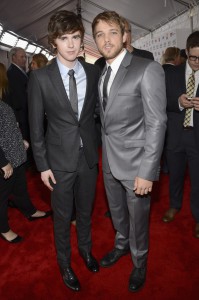 Even though the plot of Bates Motel has thick seriousness raveling around, the cast loves to keep the environment light by keeping their funny sides active. The cast members, according to  Farmiga, adore each other and make it their business to comply to each other’s needs. One such exceptional bond has developed between Max Thieriot and Freddie Highmore. Farmiga states, “Max has a huge influence, even physically, on Freddie this year. I just saw all 10 episodes of the second season, and I’m looking at Freddie. He doesn’t even fit in those little sweaters anymore, because Max has influenced him to go to the gym and to get “swoll.” [Laughing.] Part of it is cheekiness, but part of it, they’re really serious about how “swoll” they get, the two of them. Max is a huge bodybuilder. He can’t get big enough. And now Freddie … he’s at that age, and he just turned 22. He’s changing quickly. I saw something cut together from first season, and he just looked like a baby to me, and he’s so rapidly changing, and now especially with working out. He’s just getting broader. All of a sudden, I was looking at him, and he’s looking like Hugh Grant. He doesn’t even look like Freddie Highmore anymore, he looks like Hugh Grant.”

Farmiga also mentioned that Freddie Highmore shares a close bond with her real son, Fynn, who is five. Highmore is a mentor, friend, brother and even a role model to young Fynn. “I’m literally texting him and debriefing him on Fynn’s growth spurt and what his favorite words are,” says Farmiga and continues, “Freddie’s family is back in London, so he gravitates towards us, and my husband, Renn [Hawkeye], is also a very good friend of his and kind of his big bro. We’ve become this surrogate family, I think, for each other. Freddie’s the big brother that Fynn never had.”