Sleepy Hollow Gets Bigger on Season 2 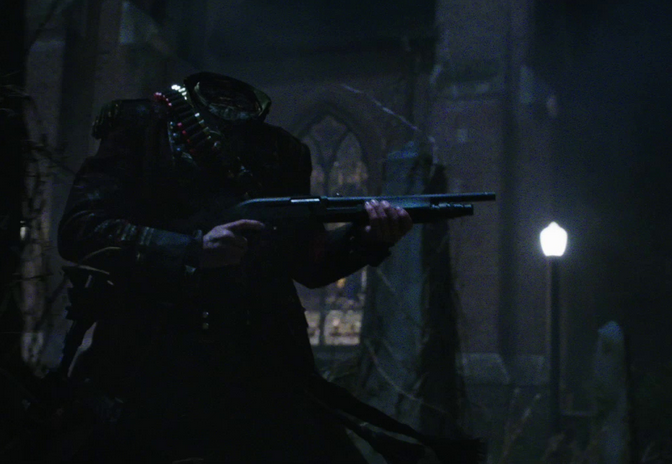 With no sliver of doubt, everything will be bigger on Sleepy Hollow season 2. First, the “Scooby Gang” will get bigger thanks to the addition of Irving and Jenny. Katrina is also out of the purgatory which will provide her more opportunities for more screen time. Even though we last saw her being abducted by the headless horseman, we can still safely predict that being out of purgatory is generally better for Ichabod’s wife. There is also a mysterious new character that will help the gang out of their current predicaments, although we still don’t know exactly who that character is. For now, all we can do is speculate and wait for the show’s sophomore season.

The villains also increased with the revelation of Henry Parish as Ichabod and Katrina’s son plus being one of the horsemen of the apocalypse. There is also a very huge possibility that the monsters they will face in season 2 will get bigger in number to compliment the increase in size of Ichabod’s entourage.

Aside from villains and heroes, the show will also explore outside Sleepy Hollow thanks to Irving’s arrest and internment upstate. Roberto Orci, co-creator of the show had this to say about the territorial expansion:

“It is the beginning of expanding the reach of the storytelling. Also, not just for the mythology and evil coming to town, but Ichabod [Tom Mison] seeing the rest of the world is just a fascinating thing to do,” he says. “He’s only seen [so little] of our modern society through the lens of a town that resembles his own town to a great degree, except more Starbucks. Opening it up is absolutely something we hope to do.”

But since things have changed, it is high time that more people can see Ichabod Crane’s fish out of the water reactions. “He’s been in this town the whole time and he’s adapted very well, but I’d like to see his reaction the first time he gets on an airplane,” Orci says. “We were joking that he thinks, ‘Oh, are we driving all the way there in this thing?’ And then the plane takes off. Imagine seeing the White House and all the stuff that he never got to see that are the fruit of his labor and his sacrifice. Things like that will blow his mind.”

Holy crap, that statement just got me pumped up! Now I’m excited to watch Sleepy Hollow season 2! How about you? What do you think of the show’s expansion? Hit the comments and let me hear what you think.