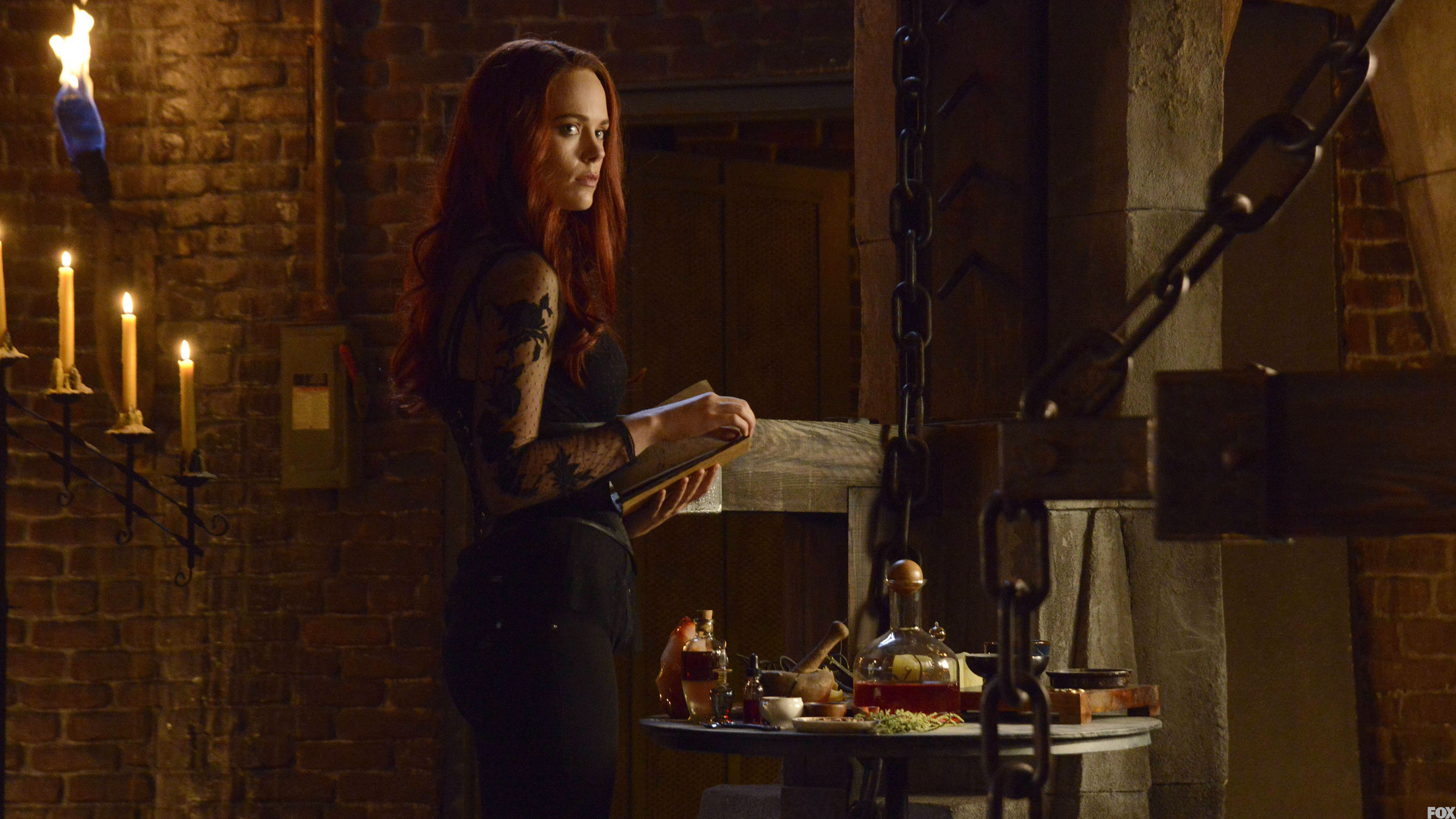 An engaging series of events took quite a turn in the final 15 minutes of Monday’s Sleepy Hollow. It was almost enough to drive the memory of last week’s boring scenes right out of our heads.

We were on track with our suspicion that all along that there was an evil hub in Katrina (Katia Winter), the witchy wife of Ichabod Crane (Tom Mison). And we’ve had our doubts about the true allegiances of Frank Irving (Orlando Jones) since he went through that whole death-and-resurrection thing and comingled blood with Mr. Evil Incarnate. Well, now we know that we were right to be concerned on both counts.

An altercation with a nasty warlock named Solomon Kent put Katrina in touch with her inner malevolence, and by the episode’s end she seemed to be rather entranced by her dark side. Solomon, played by Johnathon Schaech and looking a lot like the title character in the movie “Solomon Kane,” apparently escaped from purgatory in the aftermath of Moloch’s death and turned up at an auction house in White Plains searching for a spell book called the Grand Grimoire, it almost sounded like a Granny’s book, but hey, we are certain it’s practically full of crazy spells.

Two unfortunate auction house employees bit the dust, and ultimately Katrina, Ichabod and Abbie Mills (Nicole Beharie) confronted the nasty fellow, who, it must be said, sported a cool hat. Katrina was already familiar with this particular warlock, it turns out that he was the cause of the Salem witch hunts, which did not leave her forebears unscathed.

In the course of the battle with Solomon, Ichabod got a chance to say, “Curb thy foul stench, unholy minion,” which caused Abbie to urge him to work on his trash talk. But, more important, Katrina’s eyeballs turned all white, the universal TV sign for, “Here you go, unleash the kraken.” Perhaps the writers are looking into a graceful exit, is it just that she’s having  a pretty demonic kind of day or maybe the crew are giving the audience what they truly want, a Katrina-free thriller.

And then there was Frank, who convinced the usually skeptical Abbie rather too easily that he was back to normal again and an ally. Viewers could see what Abbie and her pals apparently couldn’t: that he was a little too normal. And sure enough, at the episode’s end, he secreted away the Grand Grimoire and then passed it off to Henry Parrish (John Noble). An ominous exchange, to say the least. Is it just me, or why is that every time someone goes back from the dead, they are often not themselves and something drastic has always changed but then everyone just keeps their eyes shut? It must be a certain state of denial here.

So, it was certainly an eventful episode, one that answered a few questions but also left one glaring one: Where were Jenny Mills (Lyndie Greenwood) and Nick Hawley (Matt Barr)? Prediction: In the next episode we find out they took a weekend flight to Vegas for a quickie wedding.