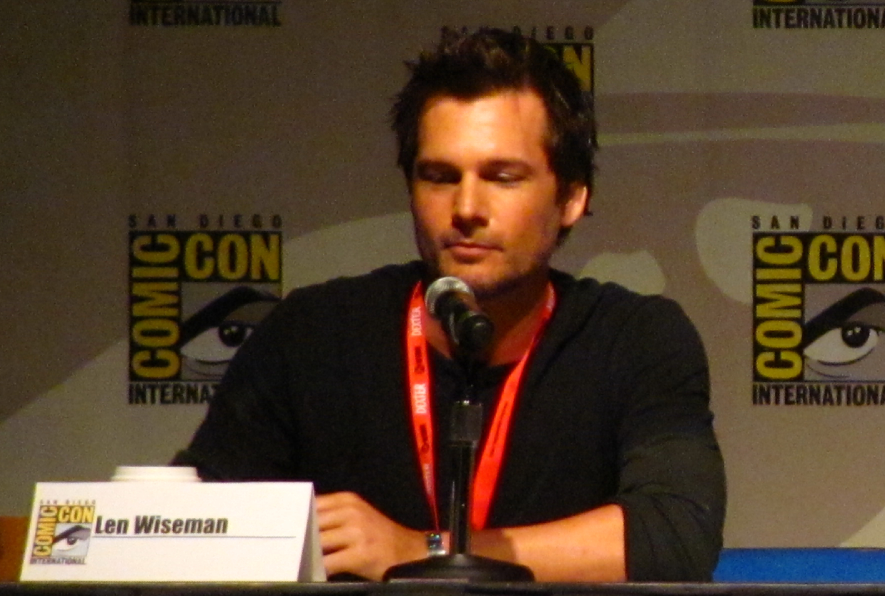 Len Wiseman, one of the co-creators of the fox hit Sleepy Hollow is best known as a film maker. He’s responsible for different works such as the Underworld series of movies, Live Free or Die Hard, and the remake of the sci-fi classic Total Recall. Aside from directing movies and the pilot of Sleepy Hollow, Wiseman also directed the pilot of Hawaii Five-O.

The Sleepy Hollow co-creator is also a writer and a producer. He got started in the business as a props assistant for movies like Stargate, Independence Day, and Men in Black. He eventually handled the props in the movie Godzilla, created advertisements for Sony, directed music videos, and then became a director for different movies.

At the present, he is married to Kate Beckinsale, star of the Underworld movies.

He gave an interview during PaleyFest about Sleepy Hollow and shared his insights about the upcoming 2nd season.

On directing another episode for the 2nd season of Sleepy Hollow:

Len Wiseman: I may be. We’re actually talking about schedule right now in terms of other things that I have going on, and I would love to. I’m so drawn to it. It’s just a lot of fun.

You’re going to direct a live action version of The Darkness so you’ll definitely be busy, so would the episode that you would direct for Sleepy Hollow fall early or late in the season?

Len Wiseman: It would have to be early in the season before I get just entrenched. I’m trying to work it out to jump in a little bit early.

Since you directed the pilot and set the overall tone for the show, what developments did you find most gratifying to see later in the first season?

Len Wiseman: Later, John Noble’s character I think was something that was really impressive to me in terms of the kind of character he became. I was just saying, one of the highlights for me was seeing, Ken [Olin]’s episode, pulling off capturing the Headless Horseman. That was very gratifying to see.

How involved are you in the writing process of the show?

Len Wiseman: It’s ongoing. It’s immense. We lock ourselves into a room and we’ve been going over the second season since actually we wrapped up. We haven’t really taken that much of a hiatus, so I’m very involved. It’s a genre that we really like so it doesn’t feel like work.

Anything particular that you want to see happen for the 2nd season of Sleepy Hollow?

Len Wiseman: Yes, definitely. I want to make sure that we keep the villain quotient and the threat that respects and upholds the genre. I think we really established the Headless Horseman. He’s such a presence, I want to make sure that we try to top that and that people don’t look back to season one and think, “Remember when we had the coolest villain ever?” I don’t want them to think that. I want them to continue to go through this series and realize he’s just one of their favorite characters.