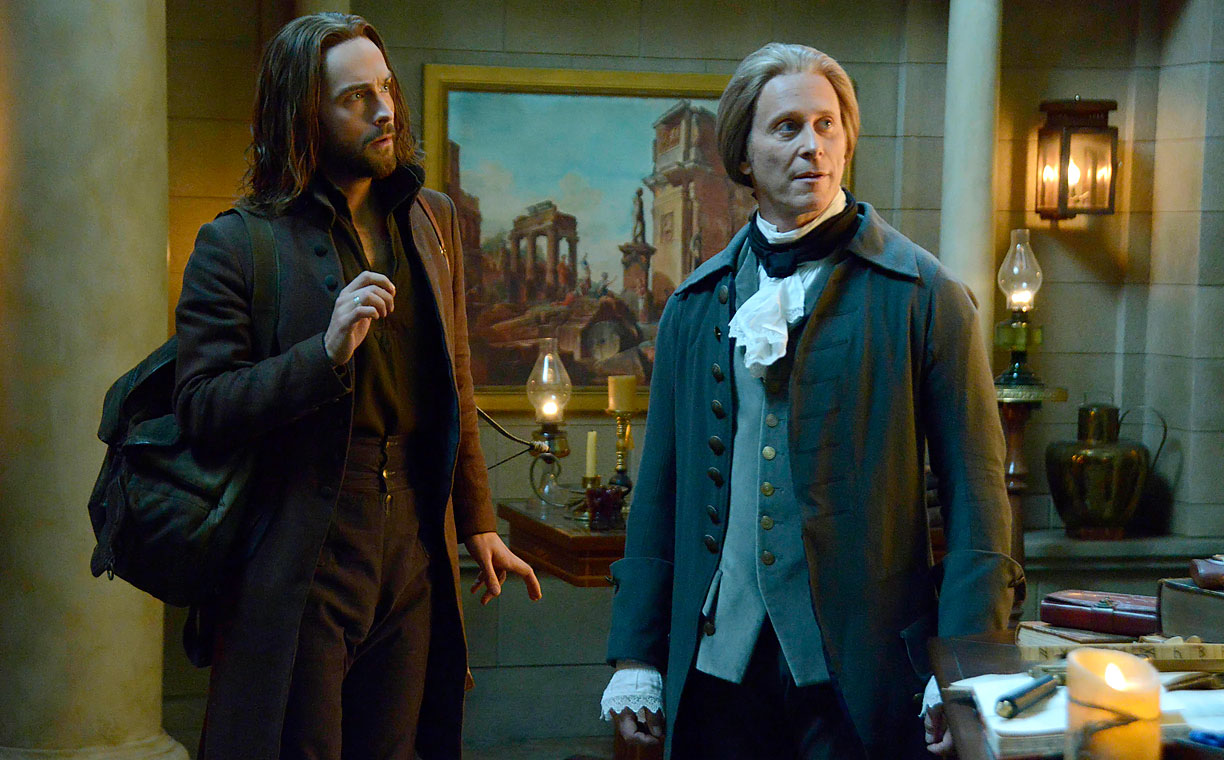 ‘What Lies Beneath’ Review 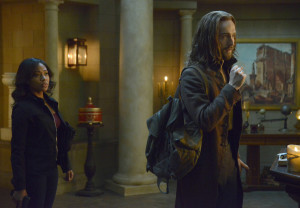 In this episode of Sleepy Hollow, we get a glimpse of the old times, as the two witnesses are running around trying to solve problems like they did in the previous seasons. Before reading any further, Spoiler Alert people! At the beginning of this episode a couple of young local engineers get pulled into a tunnel by a bunch of mummy like creatures. Abbie is notified of missing person’s case and heads over to the location. The tunnel system coincidentally leads back to the archives and the witnesses decide to investigate. There is a sudden interruption of an intruding citizen, Calvin Riggs, as it turns out, the man is a journalist and brother to one of the men who went missing. Abbie manages to

The witnesses try to figure out what lies beneath the tunnel doors. And this was apparently a cell build by none other than Thomas Jefferson himself. Being a master architect, he could’ve been the only one capable of building this back in Ichabod’s time.

In the meanwhile, Irving comes to pay Jenny a visit and asks her to help him get some of his things held back at the precinct. Jenny notices a mark on his hand and realizes that he is still under the impression of evil. Back at the station, Jenny sees Irving trying to get his hands on folders of ‘The Hell Fire Club’ which tried to raise Moloch and when she confronts Irving, they engage in a fight, which ends in confrontation. 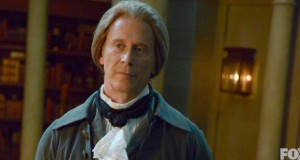 Irving admits that his soul was not his anymore and he did seek temporary salvation, which made him pass Katrina’s test. He was now only trying to get account number of offshore bank accounts which would help his family survive after he was replaced by his evil counterpart.

Ichabod suggests that Jefferson must have built the cell for security purposes. As he reminisces over the past, we learn that Jefferson had suddenly become unfriendly towards Ichabod. With the help of the journal, Abbie figures out that the cell was used to hold damned souls.

The witnesses open the tunnel entrance this time and Abbie picks up signals on the radio, meaning that there were living souls down there but there were several deathly creatures too who almost gulped up Ichabod! Calvin Riggs has apparently followed the witnesses there and he smells something fishy and the witnesses allows him ‘limited access’ to the case so he wouldn’t go screaming around about his suspicions. The witnesses go back to the tunnel with more preparation and this time they encounter the holographic version of Thomas Jefferson. He was too preserved by supernatural power like his cell. 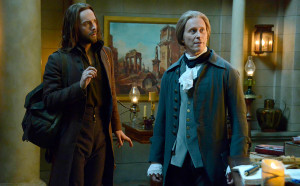 Jefferson urges the witnesses not to kill the creatures and save the engineers because that would risk the power supply to get terminated. Apparently the chamber held all the information about the witnesses there was and the place had to be kept intact. However, the witnesses choose to save the innocent lives instead of taking those information and eloping. After some struggle, the witnesses save the men and Ichabod bombards the inside of the tunnel. He goes back in and after convincing the holographic Jefferson that this chamber was a threat to the general people, Ichabod turns on the detonator and flees. At the end of the episode we finally get a glimpse of Katrina and apparently Henry has been back and wants his mother to be his allies in his new mission.